PK has a good mix of songs which are anything but ordinary but some songs aren't as good as they should have been. 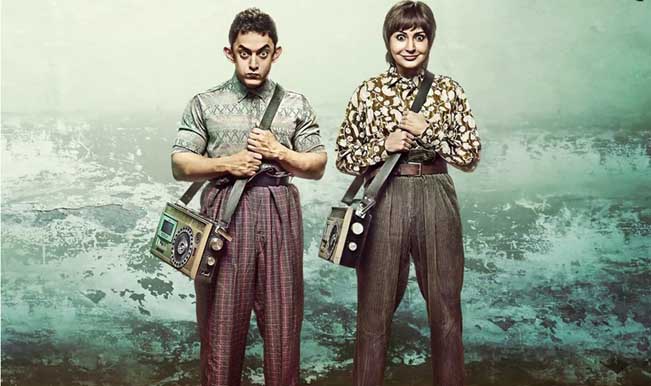 Rajkumar Hirani has directed the film starring Aamir Khan, Anushka Sharma, Sanjay Dutt, Sushant Singh Rajput and Boman Irani with the film slated to be released on December 19th, 2014. There has been a fair amount of buzz about the film till now with dialogue promos and behind the scene clippings released on YouTube. The film does look intriguing with the desi Alien who eats paan who doesn’t know his own name but what about the music. Here’s out verdict on the songs from PK. Also Read - Anushka Sharma-Virat Kohli's Daughter Vamika Turns a Year Old, Here's How Netizens Are Celebrating Her Birthday

Let’s start with the song we like best. Tharki Chokro has been sung by Swaroop Khan of Indian Idol 5 fame. The music is cheerful and has good beats. The lyrics are amusing in a good way from Swanand Kirkire. The audio is great to listen to while traveling but the video is also quite amusing.

Ankit Tiwari sings Dil Dar Badar and it is an instant hit. The music is great and you won’t have a raised eyebrow wondering if it’ll be any good because it is. Ankit Tiwari has not only sung this song but also composed it so you know there isn’t a lack of connection as the thoughts flowed for Dil Dar Badar. We strongly recommend that you consider this song for your playlist.

This romantic song again gets good marks for being hatt ke and has been sung by Shaan and Shreya Ghoshal. The lyrics are plain and simple but they sound elegant. It may not be an instant hit but you will find yourself humming it in a good mood.

Sonu Nigam sings Bhagwaan Hai Kahan Re Tu and made it the soulful track from the heartfelt lyrics given by Swanand Kirkire. Shantanu Moitra is the cherry on the cake as he composes the moving song in an ingenious way. Sonu Nigam has to be given the credit for making this song make the hair on your neck stand up as you feel the words fade in to each other like waves.

Love Is A Waste Of Time

Sonu Nigam and Shreya Ghoshal sing this song but even these accomplished singers have not been able to make this song a hit. The song like the title is a waste of time. You will have to try really hard to love it. You will notice the brilliant effort put in by both the singers to take up the accents but this song just doesn’t work as well as it could have.

This is another song that tries hard but fails to impress us. It gets full marks for individuality but similar to Love Is A Waste Of Time it tries too hard and even though you would like to like this song, it just doesn’t hit the right chords with us. It gets really mundane in some parts of the song and you might just find yourself falling asleep even though the lyrics sound playful.

The presence of Nanga Punga Dost and Love Is A Waste Of Time kind of spoil the music CD for PK but the Tharki Chokro, Dil Dar Badar, Chaar Kadam and Bhagwaan Hai Kahan Re Tu are good or great songs to listen to after a heavy day at work or during a leisurely cup of tea. The songs are well written but somewhere when you are listening to the set from PK, you get the feeling that they could have been so much more.