Popular playback singer Chinmayi Sripada and Tamil actor Rahul Ravindran who had been dating each other for nearly a year got married today. 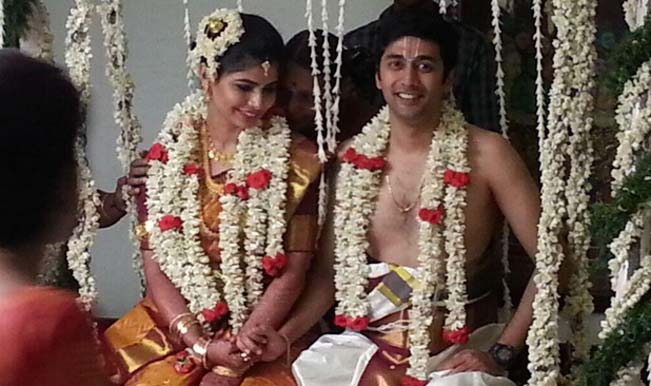 Also Read - Sameera Reddy Recalls The Time When She Was Told About Being 'Too Dark, Too Tall, Too Broad' by The Industry

The event was attended by the couple’s families and close friends from the industry. Also Read - Rajkummar Rao to Star in Hindi Remake of Telugu Cop Thriller HIT, Says 'It's an Engaging Story'

Rahul and Chinmayi, who have been dating each other for nearly a year, got married in traditional south Indian style.

While Chinmayi was draped in a silk sari, Rahul was seen in a white dhoti.

Rahul, who has proved his mettle with films such as “Andala Rakshasi” and “Vanakkam Chennai”, is a popular actor in Tamil and Telugu film industries.

Besides singing, Chinmayi is also known as a dubbing artist. She has dubbed for actresses such as Sameera Reddy, Kajal Agarwal and Neetu Chandra.