Prime Minister Narendra Modi interacted with members of the film industry on Saturday in the Capital, and several of Bollywood’s top stars were present at the event. The focus was on inviting the film industry to create films and television shows that popularise Mahatma Gandhi and Gandhism, to mark the 150th birth anniversary of the Father of the Nation. Also Read - UP Dalit Family Becomes the First to Receive 'Prasad' From Ram Mandir Bhoomi Pujan

“Gandhi is synonymous with simplicity. His thoughts reverberate far and wide. The power of creativity is immense, and it is essential to harness this spirit of creativity for our nation. Several people from the world of films and television have been doing great work when it comes to popularising the ideals of Mahatma Gandhi,” noted Prime Minister Modi. Also Read - Remembering Sushma Swaraj: PM Modi Pays Tribute to Forgone Leader Who Was 'India's Voice at World Stage' 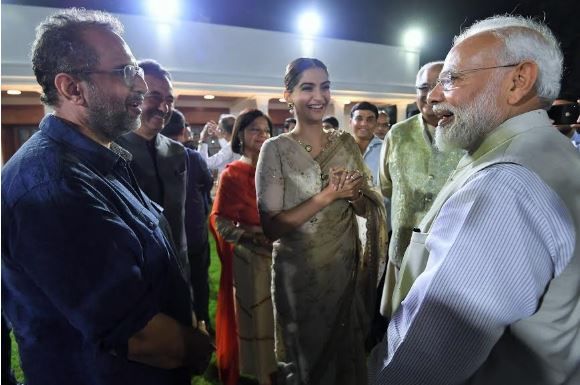 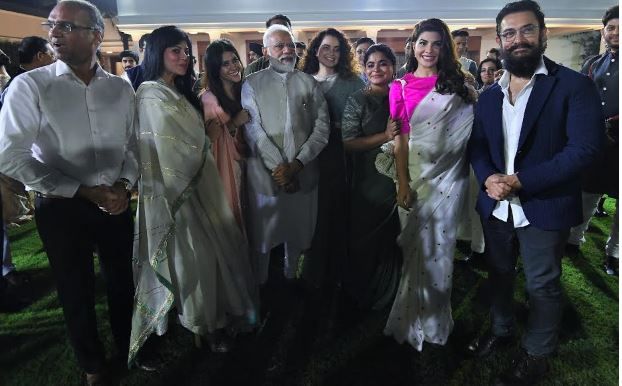 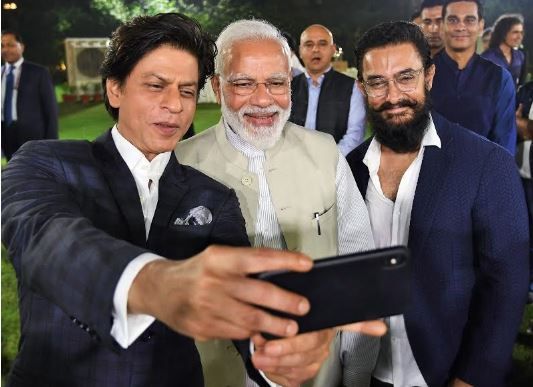 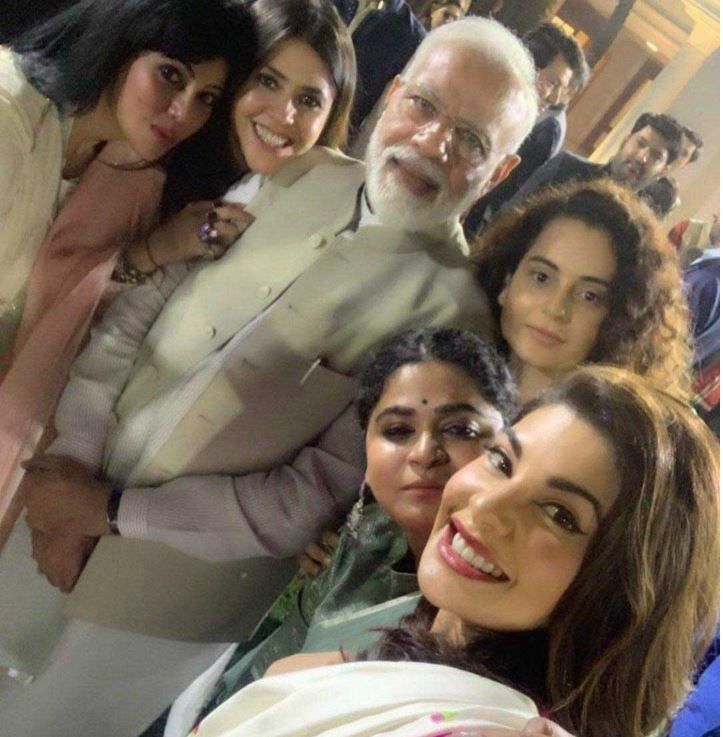 “I would like to thank the Prime Minister for bringing us all together, that too for a cause such as this. I feel we need to re-introduce Gandhi ji to India and the world. The film industry can get self-obsessed and it is important we create work that is not only about business,” said Shah Rukh, about the need of the industry to come forward and make films on Gandhi that can help in the nation-building process.

For Kangana, the effort underlines the fact that Prime Minister Modi has recognised the power of the film industry.

Jacqueline said it was “an extreme honour be in the presence of PM Modi ji, and also to have a Prime Minister who is so willing to lend a helping hand to the film fraternity”.

After the session with the PM, producer Ekta Kapoor said she felt that “for the first time it seemed like there is someone who knows our industry better than us”.

Filmmaker Imtiaz Ali noted the tone of informality about the session helped. “The best thing about the session was that it was very informal. The film industry understands the informal language the best. The idea to make films on Gandhi ji will help reintroduce ourselves to Gandhi ji’s philosophy,” he noted.

Said filmmaker Anurag Basu: “When we make films, there are moments we wonder why are we doing this. Today, we got a reason, a direction. All the creative people here are extremely upbeat after the session. I feel we will see results in a year’s time.”

Producer Boney Kapoor added: “This government has always been sympathetic to the film industry right from (Atal Bihari) Vajpayee saab’s time when we were recognised as an industry. Since Mr Modi came in, he has made it a point to ensure every glitch is solved instantly.”