Poojai movie review: The film should have been more than just the hero flexing his muscles and fighting

Gopalakrishnan has written "Poojai" with the mindset that anything that comes from his camp will be lapped up by audiences, no matter how good or bad it is. 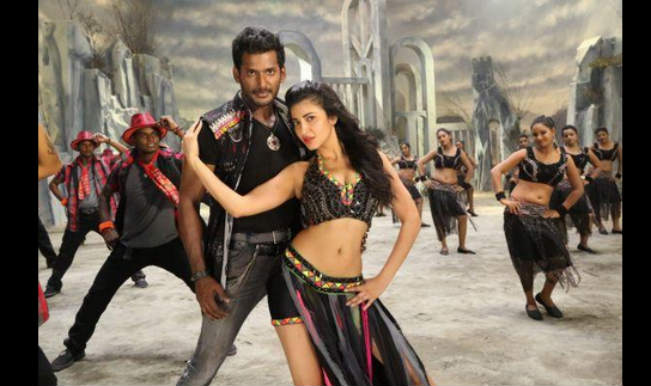 Gopalakrishnan has written “Poojai” with the mindset that anything that comes from his camp will be lapped up by audiences, no matter how good or bad it is. After all, he’s the master of commercial entertainers such as “Saamy” and “Singam”. If you’ve followed his films over the years, it’s easier to predict “Poojai” from start to finish with eyes closed. Because of which you realise the director never tries to innovate with his films and usually sticks to a template he’s done to death. Also Read - Shruti Haasan Talks About Plastic Surgery, Hormonal Pain And Body Shaming in an Important Viral Post

There’s always a reference about familial and financial status in his films. Here, Vishal is turned down by Shruti Haasan for the same reason. In “Saamy”, Vikram’s father is insulted by the heroine’s father on the basis of his economical status. Most commercial films are plagued by a serious problem for the need to include a romantic track. And most of these romantic plots make us wonder if falling in love is so simple. In “Poojai”, Shruti and Vishal break into a duet song after the former wipes some gravy off the latter’s shirt. At that exact moment, we hear Soori passing a funny comment (he has won her heart with a drop of gravy).

We’re not sure if the director is actually so stupid to be writing these scenes or he probably assumes his audience to be dumb. It definitely has to be the former because there are definitely better ways to induce feelings of love or intimacy between two people.

His films are high on action. It’s so high that villains literally bounce off the floor when they get roughed up by Vishal. Jeeps fly in the air like they are toys tossed off a table by a kid. There are far too many chase scenes, weak villains and songs that definitely don’t deserve to be mentioned.

Both “Saamy” and “Singam” worked because the heroes were complemented by great villains. If it was Kota Srinivasa Rao in “Saamy”, it was the highly talented Prakash Raj in “Singam”. In “Poojai”, however, we’re tortured with villains who hardly have any purpose. Our filmmakers need to understand it’s perfectly alright to feature a Tamil actor to play a villain settled in Bihar. Thousands of Tamilians have settled in Bihar, so what’s wrong if you show a Tamil antagonist there?

Both the Diwali releases “Kaththi” and “Poojai” have one thing in common. It’s the terrible roles of the leading ladies. We really wonder if filmmakers take any interest at all in writing better romantic tracks for heroines, who are usually used as glam dolls. “Poojai” should’ve been more than just the hero flexing his muscles and fighting.