Poonam Pandey: More than skin show in my second film

If rumors are to be believed then Poonam was not pleased with the film makers of Nasha and she blamed their poor marketing plans that caused the movie’s bad fate. 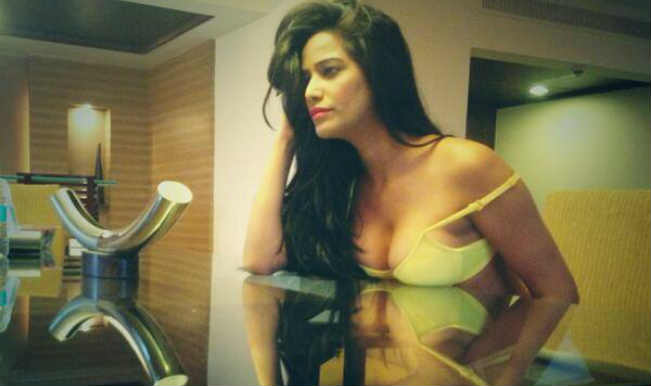 Controversy’s favorite child, Poonam Pandey has finally signed another project. The Twitter sensation’s debut film ‘Nasha’ badly bombed at the box office and since then she had not taken up any project. Now, the Pandey pataka is back with a bang..as you can see in this stimulating visual! Also Read - Poonam Pandey And Sam Bombay Granted Bail For Bond of Rs 40,000 in The Obscene Video Case

The sultry babe has always been in the limelight for her raunchy tweets and seducing videos on twitter. Recently, she also took on the ALS Ice Bucket Challenge in a sexy black two piece bikini to go…ahem ahem wet! (pun definitely intended) Well, Poonam very well knows how to keep her fans engaged with buckets or bosom-flashing antics, you decide! Also Read - Poonam Pandey Arrested, Milind Soman's Nude Run Appreciated in Goa: Twitterati Calls Out Hypocrisy of Indians

Before taking on her new project,The World Networks’ project, Poonam turned several offers-or, so does she claim- as she was not quite happy with the scripts. The World Networks Production is venturing into films for the first time with a movie that is unnamed as yet. But with Poonam in it we are certainly expecting a colourful title.

If rumors are to be believed Poonam was not pleased with the makers of Nasha and she blamed their poor marketing plans for the debacle of the movie. Poonam felt that the project was just perfect for her second launch on the big screen and she is quite confident that the movie will work well.

She also promises her fans will get to see much more than just skin in her second venture. Well, Poonam only time-and India.com- will tell what’s in store for you.  But we are not particularly sure that peeps would flock the nearests theatre to watch your…err acting skills. Its better to stick to the promising ‘stuff’ you are known for, we suggest. But for now we wish you good luck, anyway.