Poonam Pandey reveals: Helen is NOT based on Salman Khan’s stepmother!

Her last outing (and quite a desperate one at that!) Nasha might have bombed at the box office, but that has not deterred femme fatale Poonam Pandey from doing what she does best! With the Indian Pr 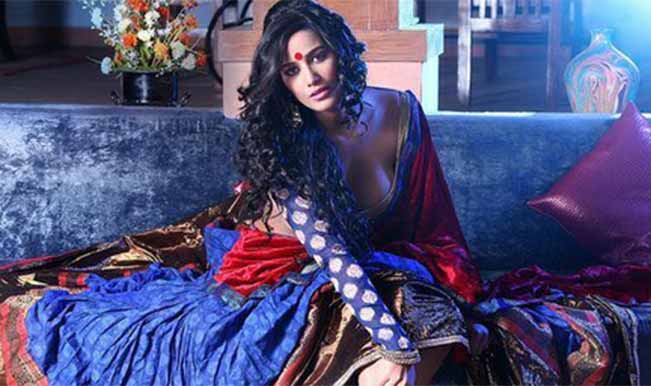 Her last outing (and quite a desperate one at that!) Nasha might have bombed at the box office, but that has not deterred femme fatale Poonam Pandey from doing what she does best! With the Indian Premier League (IPL) 2015 making its noisy presence felt, Pandey looks to hog the spotlight by raising the decibels. But this time around, the bold 24-year-old bombshell is not in a mood to to show off her irresistible itch to drop her clothes. We know Poonam’s panache for dropping even the bare essentials to celebrate victories of her favourite teams. So we were wondering what was Poonam up to this time around, with the cricketing extravaganza unfolding with its razzmatazz? ALSO READ: Poonam Pandey was upset with Nasha promotion. Also Read - Radhe Your Most Wanted Bhai: Salman Khan's Film To Have Theatrical Eid 2021 Release

But from what we gather, Poonam is now focusing her attention (and hyper-energy) on her forthcoming movie Helen. Yes, the attention seeking babe is gearing up for her next movie. She might have complained about the poor marketing strategy for the debacle of Nasha, Poonam feels that Helen is likely to get her back into the reckoning. For all those who believe – given the title of the film – that this project is based on yesteryear diva Helen, Poonam has come out to to make a revelation about her latest project. “#SalmanKhan’s mother is #Helenji, but every Helen is not Salman Khan’s mother” – tweeted the gal. Also Read - Varun Dhawan-Natasha Dalal Wedding Guest List: Shah Rukh Khan, Salman Khan, Karan Johar To Be in Attendance

In fact Poonam has been tweeting a barrage of posts to clear the air. A certain bhai must be heaving a sigh of relief with that much-needed clarification, hai na?