Recently, the Nasha actress, Poonam Pandey has been roped in to endorse a breast firming cream by Brexelant. 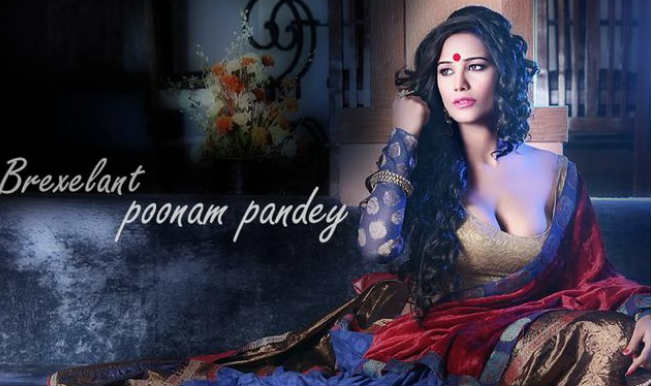 When it comes to making news, the self claimed sex siren Poonam Pandey knows how to do it well. Recently, the Nasha actress has been roped in to endorse a breast firming cream by Brexelant. The Twitter sensation always takes headlines with her raunchy tweets and seducing videos exposing her assets. Looks like Brexelant has decided to take a good advantage of the actor’s revealing stints and has signed her as the brand ambassador of their product. (Read Poonam Pandey endorses Brexelant breast cream) Also Read - After Domestic Violence Allegations, Poonam Pandey And Husband Sam Bombay Are Back Together

The actress rose to fame after she promised to strip if Indian Cricket Team won the 2011 Cricket World Cup. The controversial lady was denied permission by the Cricket board for the stripping act. Nonetheless, she released explicit pictures of herself on her twitter account after Kolkata Knight Riders won the IPL 5. Poonam’s infamous stint of taking the ALS Ice Bucket Challenge was also in news. The leggy lass donned a skimpy two piece black bikini while taking up the challenge. If she indeed want to take up the challenge for a good cause or just to promote some skin, well you decide! (Read ALS Ice Bucket Challenge: The sultry Poonam Pandey dumps ice water for a good cause!) Also Read - Poonam Pandey Opens Up on Molestation Incident With Husband Sam Bombay, Says 'I Suffered Brain Hemorrhage, It Was Half Murder'

Poonam, controversy’s favorite child, marked her Bollywood debut with Amit Saxena’s Nasha. Despite the skin show, the movie badly bombed at the box office. Following which the sultry babe didn’t take up any project until recently when she was offered a film by World Networks Production. There has been no news of the movie name, star cast or when the movie is expected to hit the big screens. (Read Poonam Pandey: More than skin show in my second film!)

Poonam had completed a sensuous photoshoot for Brexelant, recently. The brand has also posted pictures of the photoshoot with the actress on their microblogging account. Must say Poonam Pandey keeps her fans engaged mighty fine with her headline grabbing antics!