Poonam Pandey’s career all set to transform with Helen 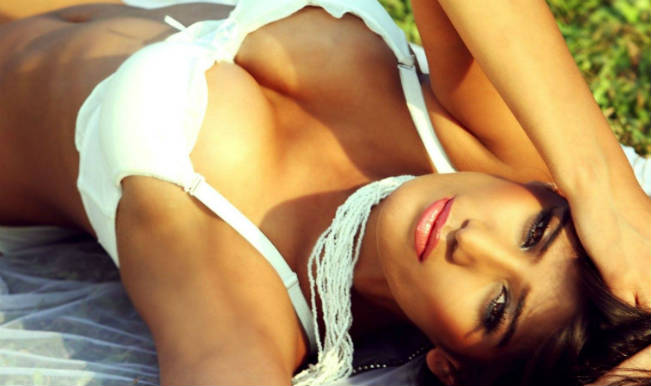 Mumbai, May 12: Controversial model-actress Poonam Pandey’s career is poised for a transformation after “Helen”, says the film’s director Ajit Rajpal. Rajpal told IANS: “When a title like ‘Helen’ gets attached with Poonam, it automatically creates curiosity and entertainment. I’m confident that Poonam’s career will be completely transformed after ‘Helen’. Also Read - Case Registered Against Milind Soman For Running Nude on Goa Beach, Sharing Obscene Pic on Social Media

“The way she is working right now, I have no doubts that a few years down the line, she will be someone who everybody will be looking forward to work with.” Rajpal earlier wrote “Nasha” — which also starred Poonam — but he never got to direct it. But for “Helen”, he made sure to take on the writer and director’s roles himself. Also Read - Poonam Pandey And Sam Bombay Granted Bail For Bond of Rs 40,000 in The Obscene Video Case

Asked what prompted him to cast Poonam in “Helen”, he said: “I have been tracking her progress in the entertainment world and I can say that she has not been fully explored yet. Her talent hasn’t been tapped.” “Helen”, produced by Vipin Medhekar and Suresh Nakum under the banner The World Networks, is scheduled to go on the floors in June.  Poonam had earlier clarified that even while the film’s title may suggest otherwise, “Helen” is not a biopic on yesteryear’s dancing diva Helen.