Isha Ambani-Anand Piramal Wedding: Bollywood Celebrities Shah Rukh Khan, Aamir Khan And Others Were Seen Heading Back to Mumbai This Morning After The Sangeet Ceremony Last Night in Udaipur

After last night’s sangeet celebrations of couple Isha Ambani and Anand Piramal at Udaipur, many from the Bollywood industry, who were there to bless the duo, were seen early morning today, coming out of the Mumbai Airport. Shah Rukh Khan, Aamir Khan, Karan Johar, Sachin Tendulkar with wife Anjali and Ayan Mukherji were spotted coming back from Udaipur, earlier this morning, at the Kalina airport. Also Read - Earth Hour 2020: From Abhishek Bachchan to Bhumi Pednekar, Celebrities Observe International Event

The past couple of weeks have unloaded a full-on party mode on the Bollywood industry. With celebrities thronging these weddings and reception parties and welcoming the hit of the sudden marriage wave in style and glamour, the recent pre-wedding nuptials of Esha and Anand raised the bar of star-guest quotient higher with Beyonce‘s presence. Yes, the international sensation had too made her way to India for this big fat Indian wedding. Also Read - Shah Rukh Khan And Alia Bhatt in War Director Siddharth Anand's Big Action Film - Read Details

Shah Rukh Khan, Aishwarya Rai Bachchan, Abhishek Bachchan and others were seen enthralling the guests last night with their dance moves at the sangeet ceremony before heading home this morning. Shah Rukh Khan performed with his wife Gauri Khan and the two danced the night away with their friends. Aamir Khan too was seen shaking a leg with Shah Rukh Khan during the sangeet. Also Read - Opening The Batting With Sachin Tendulkar Was Like a Dream: Aaron Finch

Today morning, at the airport in Mumbai, both Shah Rukh and Aamir were seen hugging each other before leaving for their respective homes. The two megastars were dressed casually as they made their way back to Mumbai. 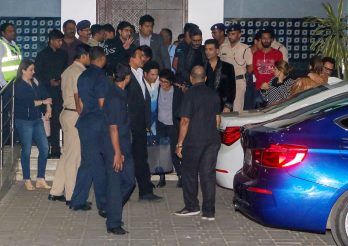 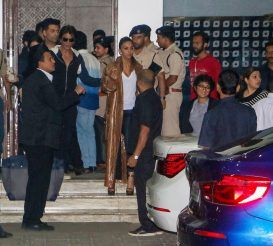 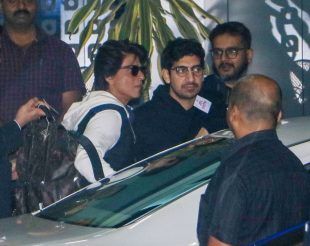 Isha Ambani and Anand Piramal will be tying the knot later this week in what is expected to be another big fat wedding in the country. All the noise and fanfare the country has been making for the past couple of weeks, with back to back celebrity weddings, has made the wedding of the children of the biggest business tycoons in India, much awaited. In spite of the internet going crazy after all that waiting-on-the-edge moments for the wedding pictures from Deepika Padukone-Ranveer Singh and Priyanka Chopra-Nick Jonas’ nuptials to start trickling in, it seems like the storm of excitement has not yet died as another big bethrotel is in line before the year ends.