Pratyusha Banerjee's parents are equally shocked with the news as they were clueless about their daughter expecting a baby.

Pratyusha Banerjee’s pregnancy news has given another jolt to the whole nation. Her medical reports have revealed that the actress had an abortion just few days before committing suicide. Her parents are equally shocked with the news as they were clueless about their daughter expecting a baby. Shankar Banerjee, her father in his interaction with a leading daily said that, “ Had she mentioned it even once, we would have come running across 2,000km, to be with her and take care of both.” The parents just couldn’t get over the thought that they could have saved their 24-year-old child had they been with her. (ALSO READ: Pratyusha Banerjee pregnant: Fans urge media to spare the late Balika Vadhu actress!)Also Read - Sidharth Shukla's Sudden Death Reminds Fans Of Pratyusha Banerjee, Surekha Sikri: 'End Of Balika Vadhu Era'

They have approached Bombay High Court to transfer the case to crime branch for proper investigation of the case. The Banerjee’s suspect Rahul Raj Singh of murdering their only child and is purposely staging it as suicide. However, Rahul has managed to get pre-arrest bail on the basis of his illness. Soma’s petition with the court will be heard on Wednesday. Also Read - Balika Vadhu Fame Pratyusha Banerjee's Parents Open Up About Facing Financial Losses While Fighting Legal Battles

In an interaction with a leading daily, the Banerjee’s revealed that, “Our concern is that a murder should not be given the colour of a suicide. She was a go-getter, full of spunk and full of life, excelling at her career at such a young age.” They only want justice for their daughter who was full of life. Recalling one of the old incidents, Shankar Banerjee said, “When she was eight, her presence of mind saved me when we met. I was on my scooter, Pratyusha standing in front, on our way to pick up her mother in the evening when a dumper hit us from behind. I fractured my hand and fingers, but Pratyusha flagged down a vehicle, saying, ‘Mere papa ko bachao’ and I was rushed to hospital, where the doctor said a delay of 10 minutes would have cost me my life. Now, I have lost my life.” (ALSO READ: Pratyusha Banerjee suicide case: Balika Vadhu actress had an abortion before death?) Also Read - Pratyusha Banerjee Suicide Case Latest News: Rahul Raj Singh Accuses Her Parents, Plans to Sue Kamya Panjabi-Vikas Gupta 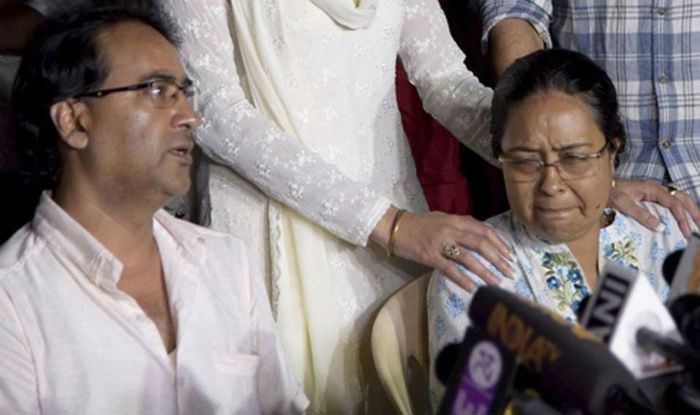 They also revealed why they have demanded a CBI probe in the case. The distressed parents suspect foul play from the Police as well. He revealed, “The FIR was registered as a suicide but the cops never read out what they wrote in Marathi to Soma, who spoke in Hindi.” Pratyusha’s mother also added, “I even told them to show the section, as I had said, ‘Usko mara hain’, but they did not. How do you explain the bruises on her face if it was a case of suicide?”

He made shocking revelations about Rahul. “It is not suicide but clearly a planned killing, Rahul had made sure she threw us out of the house in January, and the bank account was wiped out a day before Teetan (Pratyusha’s pet name) lost her life,” said her father. “There are too many questions about the death that don’t fit as suicide. Why did Rahul take Pratyusha to Kokilaben hospital when he himself got admitted to a hospital nearby, which means he knew there was a hospital there. We were not allowed to see the room in which she died. Why was the FIR registered much later on April 5 as a suicide even though on April 2 we raised questions of the suspicious manner of the death?” Shankar said.

Rahul Raj Singh on the other hand has clearly denied news of Pratyusha’s pregnancy. During his recent interrogation with the Bangur Nagar Police, he was asked about her abortion to which he said that Pratyusha was not pregnant and hence there is no chance of her getting an abortion. (ALSO READ: Pratyusha Banerjee suicide case: Rahul Raj Singh knew about Balika Vadhu actress’ pregnancy)