The curious case of Pratyusha Banerjee’s suicide has still not come to any conclusion. The telly actress stunned the whole nation when she committed suicide on April 1 in her Goregoan residence. Her boyfriend, Rahul Raj Singh, was the major suspect in the case since most of the witnesses have pointed fingers at him. Now, again the latest development in the case again raises fingers on Rahul forcing Pratyusha into prostitution. The details of the couple’s last telephonic conversation give out hints of the same.Also Read - Bigg Boss 15 Premiere Highlights: Meisha Iyer-Pratik Sehajpal, Vishal-Afsana Get Into Verbal Arguments

Mumbai Mirror reported a transcript of the telephonic call between Rahul and Pratyusha. Neeraj Gupta, Pratyusha’s lawyer appointed by her parents Soma Banerjee & Shankar Banerjee, says that this was the last call between the couple before telly star’s death. The report also claims that the in a three-minute long conversation between Pratyusha and Rahul, the actress is heard abusing her beau for forcing her to do something that she doesn’t like to. It is also revealed that Rahul wanted her to sell her body against her wishes. Also Read - Sidharth Shukla's Sudden Death Reminds Fans Of Pratyusha Banerjee, Surekha Sikri: 'End Of Balika Vadhu Era'

The tabloid had quoted the transcript saying, “B******d man.. I f**k so hard.. In my life i f**k so hard… for everything… I had not come here to sell myself… I had come here to act… to work. And where are you putting me today.. Rahul, you have no idea how bad I am feeling right now.” Neeraj Gupta further added, “This conversation happened between Rahul and Partyusha just before her death. In this conversation, it is very clear that she was forced into prostitution by Rahul, as later on in the same phone call she has used the word ‘prostitution’.” (ALSO READ: Pratyusha Banerjee’s boyfriend Rahul Raj Singh booked for drunk driving) Also Read - Balika Vadhu Fame Pratyusha Banerjee's Parents Open Up About Facing Financial Losses While Fighting Legal Battles 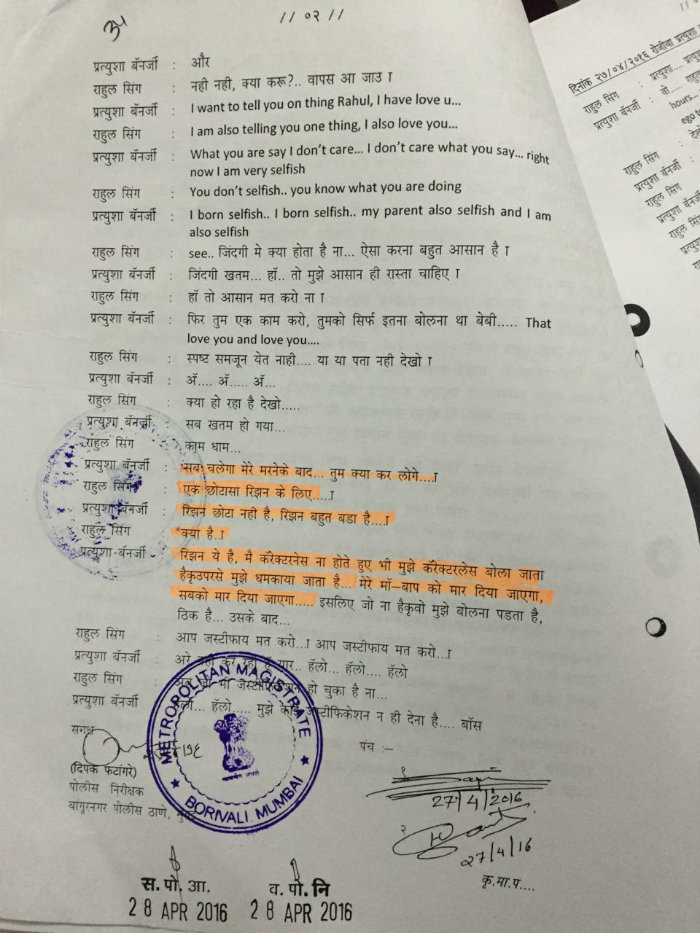 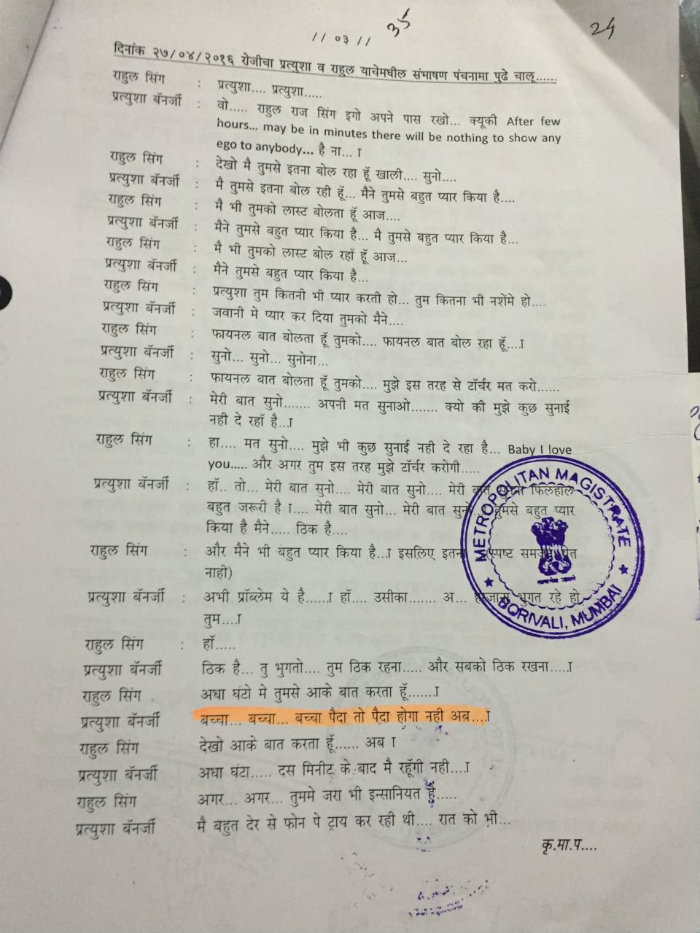 Rahul Raj Singh was charged with abetment to suicide after Pratyusha was founded hanging in her apartment. However, he is currently on bail and claims to have nothing to do in his beloved girlfriend’s death. Raj justifying the transcripts said, that they don’t reveal anything that’s not know. He was quoted by Times Of India saying, “She was telling me that her mom and dad wanted her to earn money anyhow, and she was complaining about them.” 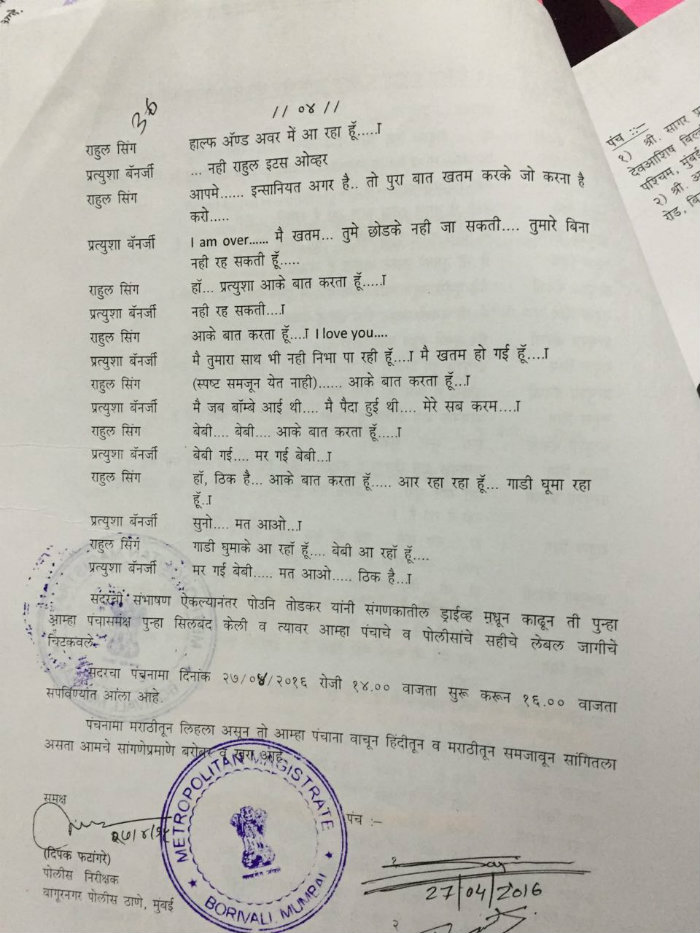 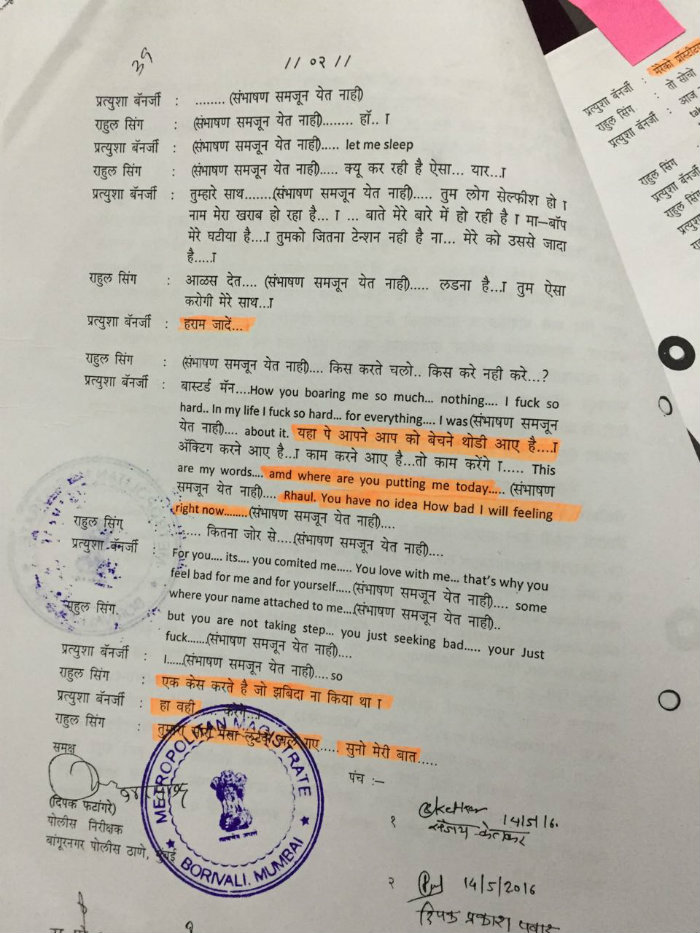 In the second half of the transcript, Pratyusha was accusing her boyfriend saying, “…You are selfish… you are spoiling my name. People are talking about me… my mom and dad are termed ghatiya.”  Neeraj Gupta finds the invetsgating officer of the case in a wrong stand as they didn’t investigate the matter properly. “The police should have found out who was threatening her parents. They should have conducted a proper investigation, but they did nothing,” said the lawyer. He is also planning to file a new application to reinvestigate the matter. 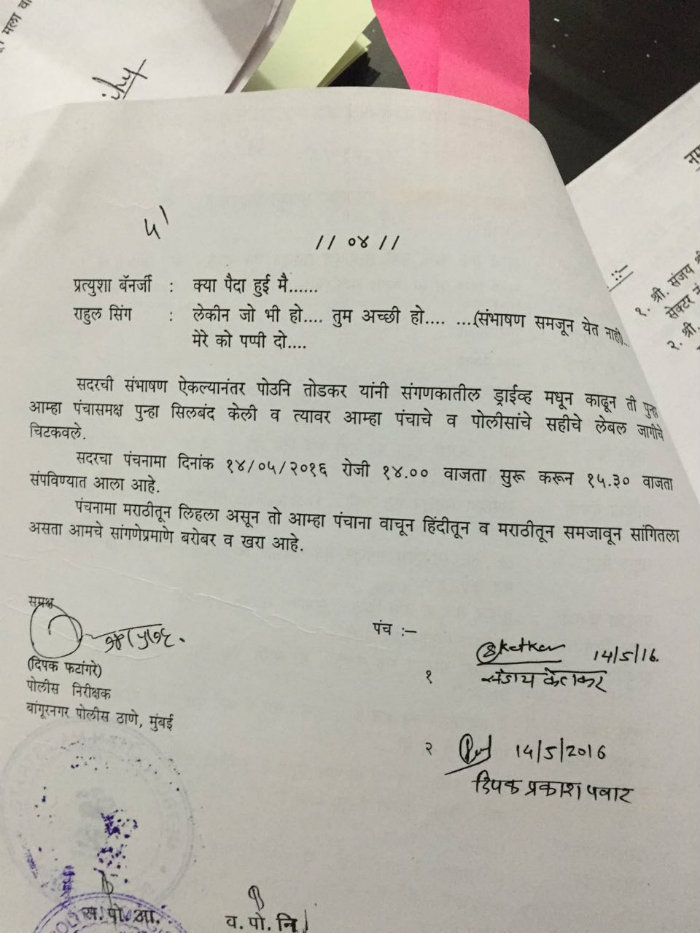 As the end ended, Banerjee was heard saying, “Rahul, it’s over. I am over. Mar gayi mein (I am dead)”. Rahul, on the other side, tried to reassure her asks her to ‘do nothing’. He also asked to wait as he will be home in 30 minutes and Pratyusha replied to him saying, “Everything will be over in half an hour.” According to Rahul, Pratyusha was troubled by her parents for money and he was instead supporting her and not using her money. “She had no work. I was supporting her,” said Rahul. (ALSO READ: Shakti Astitva Ke Ehsaas Ki: Preeto aka Kamya Punjabi gets emotional while shooting a suicide scene; here’s why?)