The fourth witness called in by Ness Wadia in connection with allegations levelled by Preity Zinta against him told the Mumbai police Friday that everything was "normal" between the two celebrities. 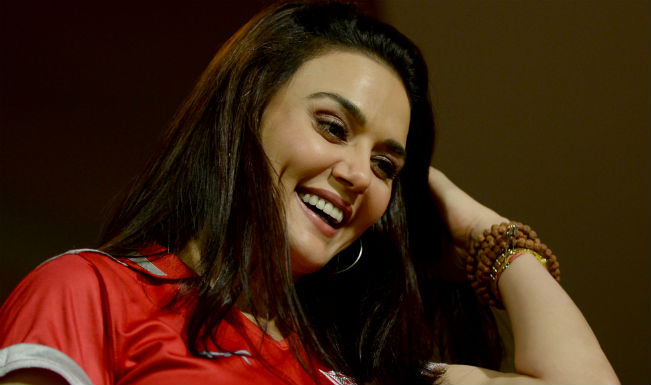 Mumbai, Aug 22: The fourth witness called in by Ness Wadia in connection with allegations levelled by Preity Zinta against him told the Mumbai police Friday that everything was “normal” between the two celebrities May 30 during a cricket match at the Wankhede Stadium, here. The witness – Nimish Mahintura – said that on that night the incident is alleged to have occurred “both appeared to be normal and cheering for their team.” Mahintura was sitting in the second row from the back in the same block that night. Also Read - IPL 2020 News: KXIP Co-owner Ness Wadia Calls For Better Umpiring Standards, Optimal Use of Technology

Referring to the incident alleged by Preity, Mahintura said: “…it was a normal conversation without any signs of physical altercation or aggression. In fact, both appeared to be normal and were cheering for their team.” Later, Mahintura said, he saw Wadia walk up to Preity and have a short conversation with her lasting probably less than a minute. He added,”Then I saw Ness walk up the aisle past where I was sitting towards the air-conditioned box at the back. I could not hear the conversation since I was not that close and also there was a lot of noise in the stadium.” Also Read - IPL 2020: Kings XI Punjab Co-owner Ness Wadia Urges For Strict Control of Bio-bubble, Says CSK Incident Shows it Can Happen to Anyone

He reiterated that neither Ness nor Preity seemed upset after the conversation; Preity continued to watch the match while cheering for the team since Sehwag was going great guns in that match between Kings XI Punjab versus Chennai Super Kings. Mahintura is the fourth witness so far who has testified in favour of Ness in the matter between the industrialist and Preity Zinta. The others are Pooja Dadlani, Farah Oomerbhoy and Sawan Daru. Wadia has provided a list of nine witnesses to the investigators.

Mumbai police, who have already questioned several from the list of 14 witnesses given by Preity, are yet to question Wadia in the matter. Preity had complained to police June 12, accusing Wadia of abusing her publicly and manhandling her which he dismissed as “totally false and baseless.”