Priyanka Chopra and Alia Bhatt, two Bollywood stars a generation apart and very successful, have recently been reported to have either fainted or fallen ill on the sets of their respective movies. We take a look at this new unhealthy phenomenon penetrating in B-town. 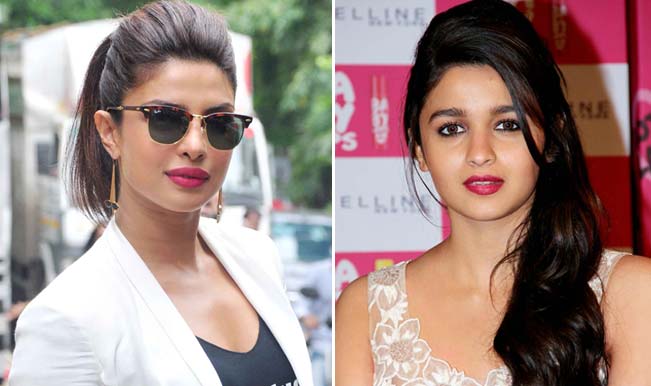 Bollywood actors work their a$$ off and it shows in the end product. But the leading ladies and the hunks have to starve to maintain their hourglass figure. Priyanka Chopra and Alia Bhatt, two Bollywood stars a generation apart and very successful, have recently been reported to have either fainted or fallen ill on the sets of their respective movies. We take a look at this new unhealthy phenomenon penetrating in B-town. Also Read - Hrithik Roshan's Mother Pinkie Roshan Demands Truth in Sushant Singh Rajput Death Case, Makes a Viral Post

In her exclusive column for fashion magazine Elle, Priyanka Chopra mentions that she could “eat anyone under the table…. Buffalo wings, pepperoni pizza, a double double cheeseburger (“animal style”), steak steak steak and more steak! God gave me a good metabolism and I feel it is my duty to feed it!” Err…feed it with junk food, Priyanka? That explains why the Mary Kom-fit actress fainted on the sets of Bajirao Mastani just the other day. Also Read - Hrithik Roshan Wants to Learn Assam Doctor's Steps Who Danced to Ghungroo in Front of COVID-19 Patients 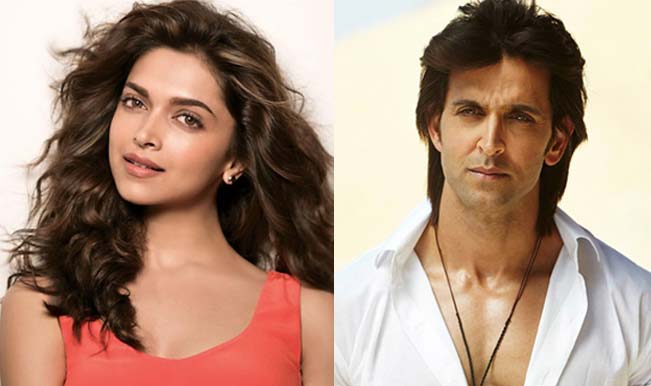 Early this year, Deepika Padukone collapsed while practising for an awards show. This is because she had carried on there after shooting for Shah Rukh Khan’s Happy New Year for 16 consecutive hours! She worked for 30 hours in total. Are you kidding me? There are 24 hours in a day and you work for 30 hours? That’s like our poor medical residents who hardly get any sleep and are always on the run. Not surprisingly, Deepika was running a high temperature and was advised bed rest. In Alia’s case, appendicitis was suspected, but she was also diagnosed with fever.

In Priyanka Chopra‘s case, it was simply fatigue of repeated retakes and long dialogues, or at least that is what was reported. But how come the actress collapsed like that, after having worked on a tough body and strong resistance for her boxer role in Mary Kom? It has truly left us perplexed.

Are Bollywood stars really fit? Are the six- and eight-packs for real? Are the tough scenes in movies real? Or is it just paint on the abdomen and body doubles being used? (ALSO READ: Exclusive: Priyanka Chopra’s body double in Mary Kom fighting brain tumour in US)

We’re not sure that’s true. Many Bollywood stars have been known to do their own stunts, and recently Hrithik Roshan had a severe head injury and brief illness after a stunt he did for Bang Bang. While we are not talking about injuries from stunts, or else we would have also mentioned the famous case of Amitabh Bachchan in Coolie where he almost died, but Hrithik’s injury was entirely internal and stress-related. And therefore far more serious.

Professionalism, at the cost of bad health?

Is the pressure of having a professional attitude so much that actors perform even in bad health? Of course, all office-goers including journalists work when struck with fever or cold, but for Bollywood actors to work in high fever could be fatal. Remember how Madhuri Dixit had danced her best dance in Pukar in high fever?

Likewise, Salman Khan also continued working for Dabangg even when he was struck with trigeminal neuralgia. Shah Rukh Khan took rest after his shoulder surgery, but has often worked in severe back pain. He too was injured when a door fell on him on the sets of Happy New Year, but he resumed work soon after.

Sridevi had continued shooting for Lamhe after her father passed away. That was hailed as very professional and of course, saved the money of the producer. But that could have led to mental stress or depression.

The situation is even worse in Indian television, where every other day some daily soap opera star collapses on the set.

Are you paying the price for stardom?

We say, being punctual and professional is one thing, and going overboard trying to please your director and producer is another. Dear Bollywood stars, do you want always good things to be said about you, at the cost of bad health? You eat less, you work out more and you work more. That explains your situation. Ask yourself, are you paying the price for stardom?

Now this question is for the fans: Do we really want our B-town divas and hunks to be so overworked that we might see have to see them in hospital?