Priyanka Chopra and Kit Harington met at Emmys backstage and we can’t get over it!

While Priyanka dazzled in a red gorgeous gown, Kit's tuxedo did the talking.

Yes, you read it right! Desi girl Priyanka Chopra met your favorite Games of Thrones (GOT) actor Kit Harungton, Jon Snow at the backstage during Emmy Awards 2016 and left us all jaw dropping! The duo also seemed to have a good time while they chatted and posed for photographs. While Priyanka dazzled in a red gorgeous gown, Kit’s tuxedo did the talking. Game of Thrones received some major awards at the 68th Primetime Emmy Awards in  Chase Sapphire Reserve Blue Room at the Microsoft Theater in Los Angeles. With pictures of the duo out, the internet can’t handle it anymore.Also Read - Priyanka Chopra Swims With Fishes, Explores 'Glorious Underwater Creations of God' With Citadel Team

Priyanka’s appearance with Tom Hiddleston is another gossip’s favorite material for today! The duo were seen holding hands and flirting at the after-party. Twitter still can’t get over Tom twirling Priyanka as they walked to the centre of the stage when they came to give away the awards. The two actors gave away the awards for Outstanding Directing for a Limited Series, Movie, or Dramatic Special award to The Night Manager director Susanne Bier. As per eye witnesses, they were openly flirting and clicking selfies. The duo also exchanged numbers. Now that’s a new blooming friendship, there. (ALSO READ- 68th Emmy Awards: Priyanka Chopra & Tom Hiddleston to present at 2016 Emmy Awards together) Also Read - Priyanka Chopra's Cousin Meera Chopra Files FIR Against Interior Designer Who Duped Her 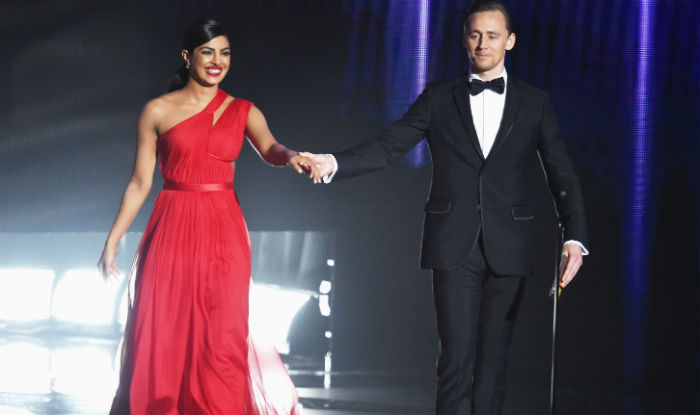 Priyanka’s entry into Hollywood is one of the most talked about topics in Bollywood today. With her TV series Quantico, the Chopra girl marked her territory and seems to working hard to carve her character there. With subsequent shoots in both India and abroad, Priyanka in most interviews have said that she lives on a plane. Well, handling multiple projects and giving equal time for both is not a easy task but Priyanka seems to be handling it quite well. She will be seen making her Hollywood debut opposite Dwayne Johnson in Baywatch. (ALSO READ: Is Priyanka Chopra hitting on Tom Hiddleston after his break-up with Taylor Swift?)

[VIDEO] @priyankachopra and @twhiddleston presenting at the #Emmys #Emmys2016 pic.twitter.com/hIhZkfHmA5

Jon Snow played by Kit Harington has been a favourite with Game of Thrones fans ever since the first season of the series. The death of Jon Snow in Season 5 finale left fans in disappointment and shock following which Jon Snow was later brought back to life in the next season.

All you GOT fans out there, our hearts are with you! (Image Credits- India Today)