Mumbai, Nov 24: Actress Priyanka Chopra took it upon herself to clean up a garbage-laden neighbourhood in Mumbai as part of her efforts towards Prime Minister Narendra Modi's Clean India campaign 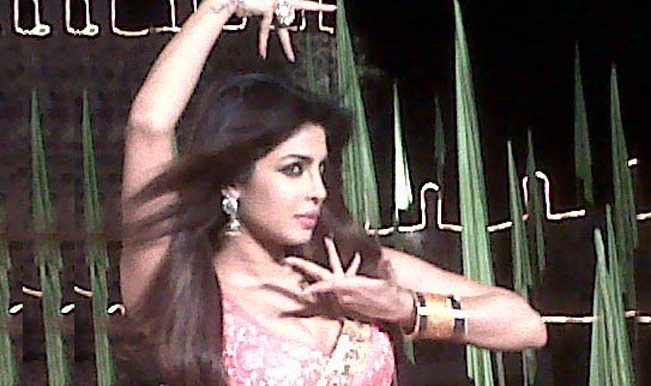 Also Read - Modi Confident Reforms in Past Months Will Boost Manufacture & Agriculture; Says Everyone to Get Vaccine Shots

Mumbai, Nov 24: Actress Priyanka Chopra took it upon herself to clean up a garbage-laden neighbourhood in Mumbai as part of her efforts towards Prime Minister Narendra Modi’s Clean India campaign. “Gandhiji said ‘Be the change you want to see’ – thank you @narendramodi for reminding me of that! #MyCleanIndia can happen! #ChangingMindsets,” Priyanka posted on Twitter Monday after sharing a video link. Also Read - The White Tiger Teaser Trailer Out: Priyanka Chopra, Rajkummar Rao, Adarsh Gourav Give Us Glimpse Of Their Twisted Lives

The 11-minute video chronicling how the efforts began, how Priyanka herself picked up the garbage, how the place was beautified, and how happy the residents were over the 16-day effort, which saw Priyanka along with her team cleaning up an area in Versova here. In the video, Priyanka also shared her idea of contributing to the Swachh Bharat Abhiyan this way. “It took me a little longer than I wanted, but when Prime Minister asked me to be one of his ‘navratnas’, I was very excited. But I wanted it to be something that could be sustained,” she said. Also Read - Bihar Polls: Rahul Gandhi Accuses PM Modi of Not Talking About Problems Like Unemployment Faced by Our Country

Priyanka chose a place in Versova which she had visited during the shooting of her film “Agneepath”. “We had put up a big set over there for the basti (village) scene, and I remember there are people who live here, and there are children who play on mounds of garbage here, and that’s their life,” she recollected. Her idea was not to just clean up the place, but rehabilitate it.

“That’s the best we can do and eventually then it’s up to them (the residents) to sustain it. I think the idea of doing this is to create something which is long lasting. And I hope for the best, and that it stays this way (clean),” she said. Priyanka, who believes a change in mindset is the need of the hour for a clean and green India, is seen slipping her hands into a pair of pink gloves to pick garbage herself, and she seeks the help of the neighbourhood’s children for the activity.

At the end of it all, the place looks clean and colourful with some grafitti and some plants. She said: “I wanted to do a bit more that just cleaning a few piles of garbage.” Her effort was lauded by Modi in a tweet saying: “An innovative effort by @priyankachopra. It is a wonderful way to bring people together to create a Swachh Bharat. Kudos! #MyCleanIndia.”