The biggest name in music world foot-tapping to song from her upcoming flick Dil Dhadakne Do. 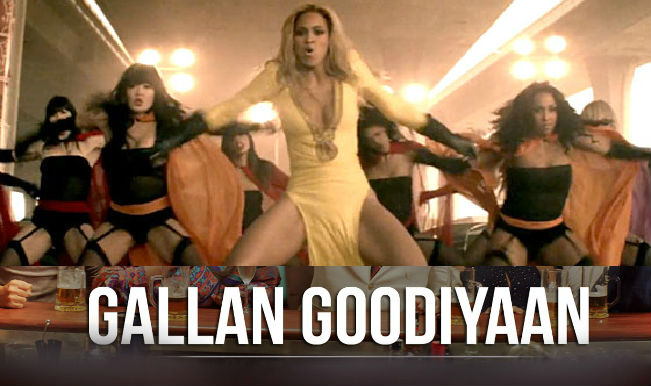 We did not see this coming, but we are definitely not complaining. Our very own Desi Girl, Priyanka Chopra is making the Queen of Pop, Beyonce dance to her song. We all know Priyanka Chopra has taken the West by storm with her anglicized avatar in television series Quantico, but now the sexy actress makes Beyonce dance to her tunes! Now, this is too hard to believe that you got none other than the biggest name in music world foot-tapping to song from her upcoming flick Dil Dhadakne Do. Well, in reality this may not have happened but the mashup video of Beyonce’s Run the World (Girls) and Gallan Goodiyaan from Dil Dhadakne Do will make you break into dance for sure. After all the mashup music video impressed the Indian actress who shared it on Twitter. Also Read - It's a Girl For Anushka Sharma, Virat Kohli! From Alia Bhatt To Sania Mirza, Celebs Pour In Their Congratulations!

Priyanka Chopra who is going to be seen in the role of Ayesha in Zoya Akhtar’s Dil Dhadakne Do has once again proved her mettle as the dancing prowess. The songs of the movie are already among the chartbusters and liked by the audiences of all age group. With the movie promotions being carried on in full swing, the movie buffs cannot wait for Dil Dhadakne Do release date scheduled on June 5. Also Read - Priyanka Chopra's Note For US Vice President-Elect Kamala Harris is The Best Thing on Women Empowerment Today