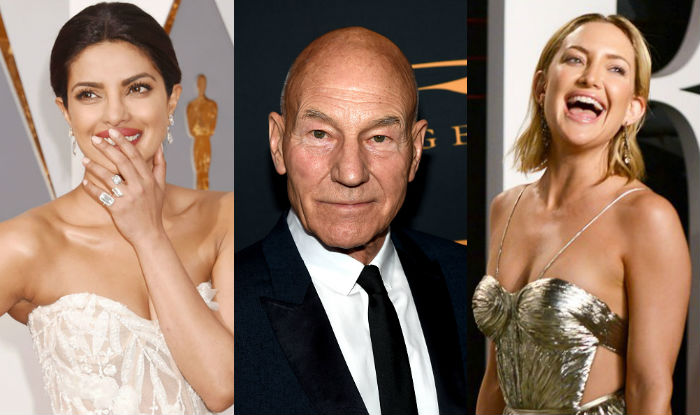 When Tyler Oakley got the big and famous Hollywood celebs enact some of “Yeezy Tweets” of Kanye West one must have not guessed this level of madness. Legendary Patrick Stewart started the fun ride by mouthing West tweet – “It’s a beautiful time. I love my friends. I love my family. I love people. The human race,” the ending was modified to ‘f***ing human race’! Rightly so. Also Read - Not Just The Bipasha Basu Liplock, Cristiano Ronaldo Was Spotted With Priyanka Chopra as Well

It also featured our desi girl Priyanka Chopra flaunting her duck-lipped pout as she mocked Kanye West’s 140 characters dramatic lines. In a true diva style, she said, “I’m not even gonna lie to you, I love me so much right now.” Though we loved her enthusiasm, we wish PeeCee should have not taken the term ‘dramatically’ so seriously because the girl is naturally sassy and we all know that. Why go overboard Girrrl.

But my favourite was two-times Academy Awards winner Hilary Swank and all-time dazzler Kate Hudson. The Million Dollar Baby actress was magnificent as she mouthed “You may be talented, but you’re not Kanye West.” So much of attitude and no fuss is all we love Swank for. As for Kate Hudson, the gorgeous diva took the craziness to next level as she said “I love me so much right now,” referring to Kanye’s post-Grammys rant.