Priyanka Chopra was in India for a week

When Priyanka Chopra visited India last week, fans were excited not only to see her in the country after a long time but also on the prospect of her finally announcing her Bollywood film. There were reports of her announcing her next film, which was most likely to be Kalpana Chawla‘s biopic, before heading to Ireland to shoot the finale episode of her popular US sitcom, Quantico. However, much to our disappointment, PeeCee, along with her mother Madhu Chopra, was spotted at the Mumbai airport last night leaving for Ireland, even before making any announcement regarding her Bollywood projects. Not just that, it was perhaps her most aloof or discrete Mumbai visit in a while and to say that we didn’t see her make any public appearance during this visit won’t be a lie. What could have been the reason behind it is not known yet, but we truly missed her. Also Read - Priyanka Chopra Jonas Shares Hilarious Memes on Her Halpern Orb Dress, Thanks The Trolls

Priyanka informed about her sudden departure from India through her Insta story yesterday, breaking a million hearts. She wrote, “Taking off Ireland…Here we go #Quantico 3. Would she be returning to India after her shoot schedule in Ireland is not known yet, but we honestly hope that that’s the case. Quantico 3 is slated to premiere on April 26. Meanwhile, take a look at the video of her at the Mumbai airport and her recent posts on social media below : Also Read - When Priyanka Chopra Jonas Was Asked to 'go And Get Gang-Raped' in 2012 Racist Attack in The US 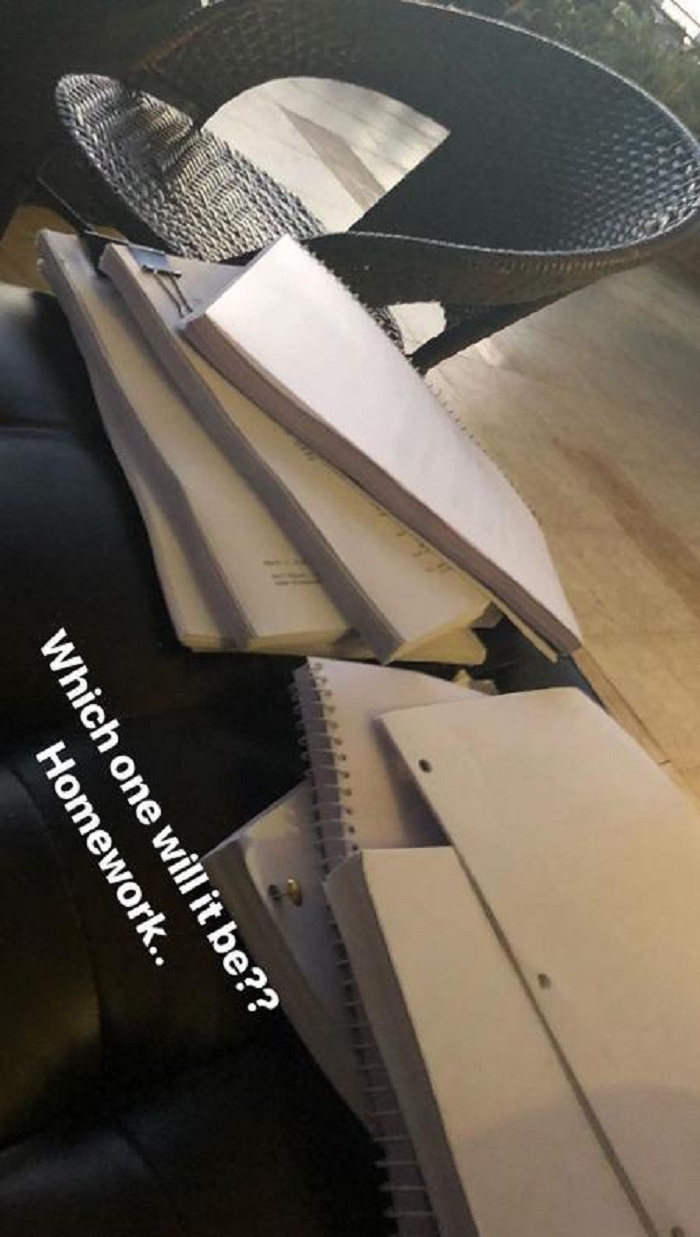 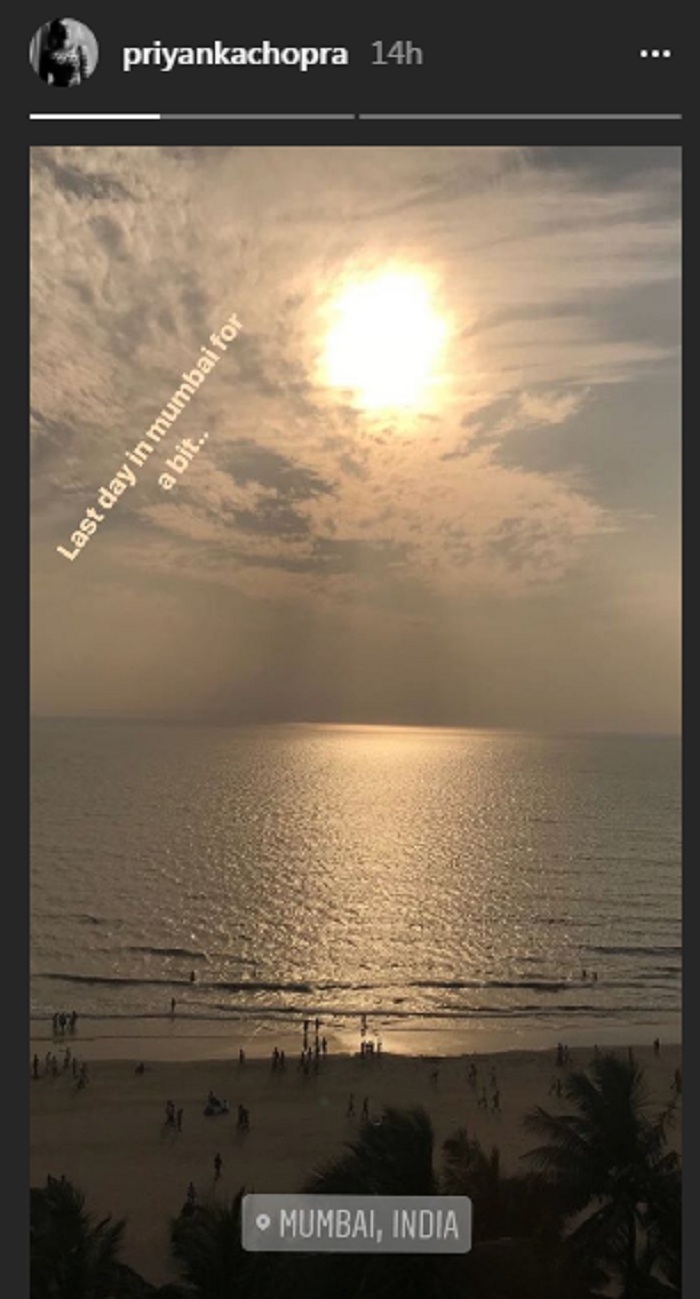 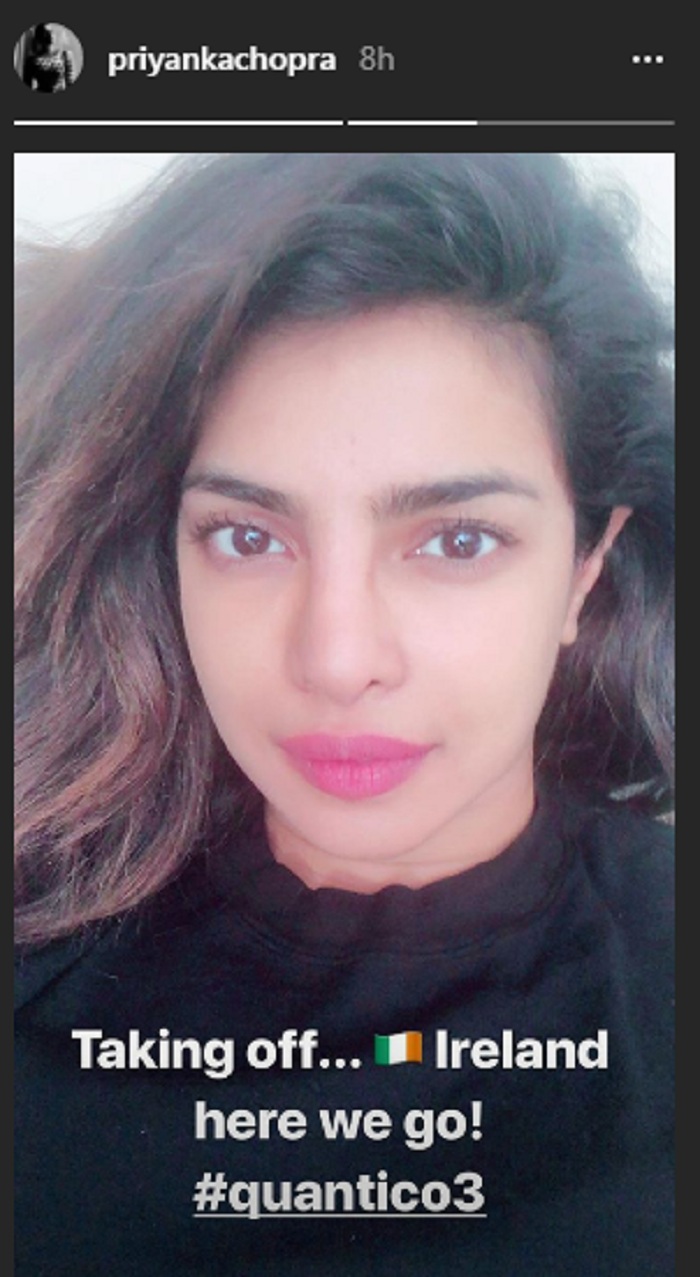 Quantico is not the only thing that the actress is gearing up for. Her two Hollywood films, ‘A Kid Like Jake’  that stars Jim Parsons, Claire Danes and Octavia Spencer, along with ‘Isn’t It Romantic?’ starring Adam Devine, Liam Hemsworth and Rebel Wilson in the lead, are also in the pipeline. ‘A Kid Like Jake’ had premiered at the Sundance Festival and received some rave reviews. Speaking about her career in Bollywood and Hollywood, Priyanka had once said that her plan is to straddle two careers: one in India and one in the US. “I know that sounds absolutely crazy, but I’m going to make it work. I can’t and won’t let either one go, even if it kills me,”she had said.  Well, our anxiety to know more about her Bollywood films is only increasing with every passing minute. So let’s wait and watch…