Bollywood actress Priyanka Chopra today said efforts were made to cast people from the North East in the biopic 'Mary Kom' in which she essays the role of the Olympic boxer from Manipur. 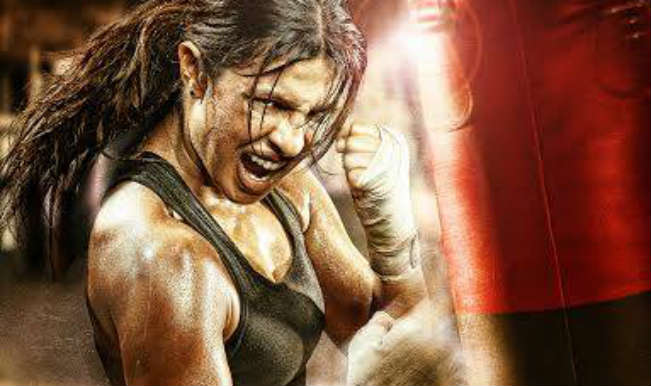 Guwahati, Sep 15: Bollywood actress Priyanka Chopra today said efforts were made to cast people from the North East in the biopic ‘Mary Kom’ in which she essays the role of the Olympic boxer from Manipur. To give an authentic look to the film “a deliberate attempt was made to cast people from the North East region and Nepal. My coach was also from Nepal… It was also important that the cast was from the North East as it was a story about Mary (from Manipur)” Priyanka, who came here to promote the film ‘Mary Kom’, said. Also Read - Priyanka Chopra Remembers Her Late Father on His 70th Birth Anniversary With a Heartfelt Old Video

When asked why she had been chosen for the lead role and not someone from the region, the 32-year-old ‘Barfi’ actress said, “The producers of the film settled for me. “Nobody represents the Northeast in Bollywood among the top few actors. We have shed a lot of light on the region which has always reeled under darkness,” Priyanka said. Priyanka described working with Mary Kom and boxing coaches from Manipur as fun. Also Read - Lockdown Extension News: Complete Shutdown Announced in This State Till August 31

“I had been to Manipur 3-4 times, stayed with Mary and her family, went to her boxing academy, her church. As I wanted to bring out her personality, I would call her for details. She was happy for me being cast in the role,” Priyanka said. Asked if it was difficult preparing for the role of the Olympic boxer, Priyanka said, “As a girl it was very difficult to build those muscles. I had to build them in three months what Mary did in 15 years.”

“It was very painful getting hit by the boxers. They were all from the Indian team and made me look a lot real because they are real. It was my responsibility as an actress and I did the best I could,” Priyanka said. On the decade-long ban on Hindi films in Manipur depriving the people there from seeing the film on their role model, Priyanka said, “We tried to be an exception. Mary also spoke to the government there. It is a decision beyond us.

“I respect Mary Kom for how she managed home and career very well. Despite her humble beginnings she achieved so much and brought laurels for the country,” she said. “I knew of Mary as an Olympic medal winner but not being a three-time Boxing World Champion. I am helping to raise money for her boxing academy,” Priyanka added.

Earlier in the day Priankya’s scheduled press conference in Guwahati to promote her film was boycotted by journalists protesting against the event organisers’ misbehaviour. The scribes complained that they were kept waiting on National Highway 37, where the five star hotel of the press meet was located, under blazing sun for over two hours. Priyanka’s press meet was later organised at a different venue with the attendance of only a few reporters, including this correspondent.