Priyanka Chopra Reveals She is Having Baby Fever After Meghan Markle And Prince Harry Announce News of Their First Child; Watch Video

Priyanka Chopra who has been making headlines ever since she got into a relationship with Hollywood pop-singer Nick Jonas has now revealed that she is having baby-fever. She talked about this during the Golden Heart Awards where she was asked by E! News on Meghan Markle’s pregnancy. The Duchess of Sussex who tied the knot with Prince Harry in May this year is all geared up to welcome their first born. Also Read - Prince Harry-Meghan Markle Oprah Winfrey Interview: Fans of Netflix's 'The Crown' Call It 'Season Finale'

Priyanka, who is a close friend of Meghan, shared her happiness on Meghan’s pregnancy and told Extra TV that not just Meghan but many of her friends are pregnant and it is giving her baby fever. “I’m super excited. A few of my friends are having babies, so, this is that time, I guess — I’m having baby fever now,” Priyanka laughed. “I just have a few of my friends who are having babies right now and I’m like, ‘God I need to catch up!'” she told E! News. Also Read - Meaning of Meghan Markle's Rs 3 Lakh Armani Dress From Oprah Winfrey's Interview

Also Read - Meghan Markle Had Suicidal Thoughts, Says 'I Was Ashamed to Admit it to Harry'

Earlier this week, the Kensington Palace announced about Meghan Markle’s pregnancy and this royal news left a smile on everyone’s faces.

Latest reports suggest that Priyanka is all set to tie the knot with Nick at a luxurious hotel Umaid Bhawan in Jodhpur on December 2, 2018. It will be a three-day wedding function starting from November 30, 2018. 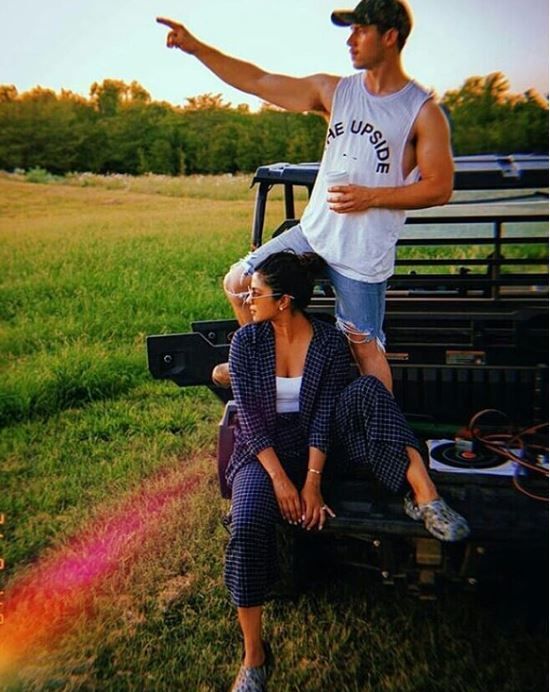 Priyanka was spotted with her friends Alia Bhatt walking on the streets on New York and having a ball, earlier today. The two looked very happy and were lost in conversations before entering the car. Alia wore a long fancy white kurti which she teamed it with long knee-length boots and black sleeveless jacket. Priyanka, on the other hand, donned a red cropped top, black trench coat and wide jeans.

On the work front, Priyanka is all set to return to Bollywood with The Sky is Pink alongside Farhan Akhtar and Zaira Wasim.