Pyaar Ka Punchnama fans to get a surprise and a shock with this news!

The casting of the film has not been finalised yet 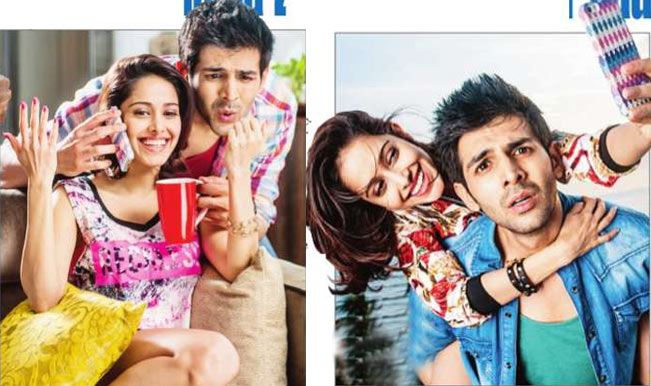 Remember Rajjo, Liquid and Chaudhary from the most surprising film of 2011: Pyaar Ka Punchnama. If yes then there are no two ways of you being a fan of them. There’s a good news and a bad news for the fans of Pyaar Ka Punchnama. Good news is, the sequel of the film is about to go on floors and the film is slated for the release in summer 2015. Also Read - Kartik Aaryan Spills The Beans on How Baazigar Changed His Journey From Engineering to a 'Surreal One'

It will be named as Pyaar Ka Punchnama 2. Some stills from the sequel starring Kartik Tiwari (Rajjo) and Nushrat Bharucha (Neha) are out. Now the bad news, reportedly the fun-trio can miss couple of it’s characters. We may not see Liquid (Divyendu Sharma) and Chaudhary (Rayo Bakhirta) in the sequel. Rajjo (Kartik Tiwari) and Neha (Nushrat Bharucha) are confirmed for the sequel.

Director Luv Ranjan who will also write the screenplay believes that new comers doesn’t have any image attached to them and hence casting them is a good idea. With this statement he has hinted towards the removal of Liquid and Chaudhary from the film.

We hope to see the same trio back together to have the battle of sexes. But if the reports are to be believed then the fans will have to face a sheer disappointment. Divyendu Sharma (Liquid) has also won the Screen Award of Most Promising New comer for Pyaar Ka Punchnama. His character of Liquid is considered as one of the best sketched character of Bollywood.

The casting of the film has been not yet finalised. We would come to know once everything is official. Pyaar Ka Punchaama 2 will be produced under the banner of Viacom Pictures. It will be directed by the same director Luv Ranjan. Stick to this space to know more about Pyaar Ka Punchnama 2.