Watch the hot and provocative video of Qandeel Baloch stripping for the Indian cricket team for their win over Pakistan in the World T20 match on March 19. 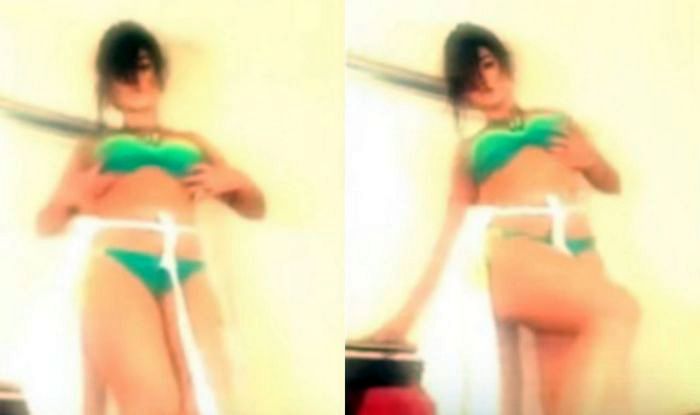 Also Read - We Need to Build a Bunch of Pacers for T20 World Cup and Other Series: Waqar Younis

When the Pakistani cricket team failed to win against India in the World T20 series match at Eden Gardens, Kolkata, on March 19, one Pakistani person who was especially disappointed – apart from Pakistani cricket fans – was model and television actress Qandeel Baloch. She had promised to strip if her country won the match, but when Pakistan lost, Qandeel Baloch had shared a video lambasting the Pakistan cricket team. And now, Qandeel has gone ahead and shown how angry she is with Team Pakistan, by doing a dance wearing nothing but a bikini – exclusively for the Indian team! Also Read - Over 2.34 Lakh Corona Cases, 1,341 Deaths in Last 24 Hours: India's Covid Crisis Deepens | 10 Points

Shocking, isn’t it? On the one hand, Pakistan is such a conservative country, with schoolgirls like Malala Yousufzai being shot at by the Taliban simply for demanding an education. On the other, we have models like Qandeel Baloch, and even Veena Malik before she got married, shedding their clothes for nothing! Also Read - Nirav Modi's Extradition Approved by UK Home Minister Ahead of Boris Johnson's India Visit

This video was shared by Oneindia, and Qandeel’s face is blocked by her hair. Watch the hot and provocative video of Qandeel Baloch stripping for the Indian cricket team for their win over Pakistan in the World T20 match on March 19.

Earlier, Indian model Arshi Khan, in the news for her alleged link-up with Pakistan cricket captain Shahid Afridi, shared a video where she partially stripped for Afridi. Arshi also dedicated the video to the Indian cricket team for their win over Pakistan in the World T20 match. Arshi had claimed that she is pregnant with Afridi’s child, and had promised to strip for him if he gave a knockout performance, which didn’t happen. (ALSO SEE: Model Arshi Khan strips for Team India and Shahid Afridi! Shares A-rated video)

And now, Pakistani model and TV actress Qandeel Baloch is giving competition to Arshi Khan with her bikini dance. What do you think of these attention-seeking girls? Are they aping Indian actress Poonam Pandey?