Bollywood’s recent import to Hollywood, actress-singer-producer Priyanka Chopra will soon be back in Quantico 2, the sequel to her superhit American TV series on ABC where she played the lead role as Federal Bureau of Investigation (FBI) agent Alex Parrish. Priyanka had earlier on September 5 shared a small sneak peek of Quantico 2, where a man is holding a gun to her head from behind, as she is trying to uncover a secret. The actress has now shared a new sneak peek of the action-packed sequel. The video gives a better look at the scene. Towards the end, Priyanka Chopra gets shot at and that left us gasping. Will she die or get seriously injured early on in Quantico 2? Priyanka Chopra announced on Twitter alongside the sneak peek clipping, saying, “ONE WEEK until @quanticotv! And you don’t have to wait…I have the first sneak peek! #Quantico.” The TV series has brought the Mary Kom star tremendous popularity in the US, where she has stayed for a few years as a child. Priyanka Chopra is much loved as Alex Parrish and has been applauded for the action scenes and the complicated acting her character requires at times. As a result, she has presented trophies at various award shows, including the prestigious 88th Academy Awards (Oscar Awards 2016), winning the People’s Choice Award 2016 and recently, present at the 68th Emmy Awards where she was adjudged the Best Dressed celeb in her beautiful solid crimson gown. ONE WEEK until @quanticotv! And you don’t have to wait…I have the first sneak peek! #Quantico pic.twitter.com/9EYfQBpzJD Also Read - Priyanka Chopra Jonas’s Yellow Leather Bag is Worth Whopping 3 Lakhs, Check it Out

Actor Jake McLaughlin stars alongside Priyanka Chopra in Quantico and Quantico 2, and in the first season the two displayed amazing physical intimacy on screen. On September 5, Priyanka Chopra had shared this video from Quantico 2, saying, “Couldn’t wait to share this sneak peek of #Quantico season2!Back on #Sep25 w/ new secrets & new threats! @QuanticoTV”. Also Read - Priyanka Chopra Jonas' Unfinished is Already a Best Seller in The US, Actor Makes a Happy Post 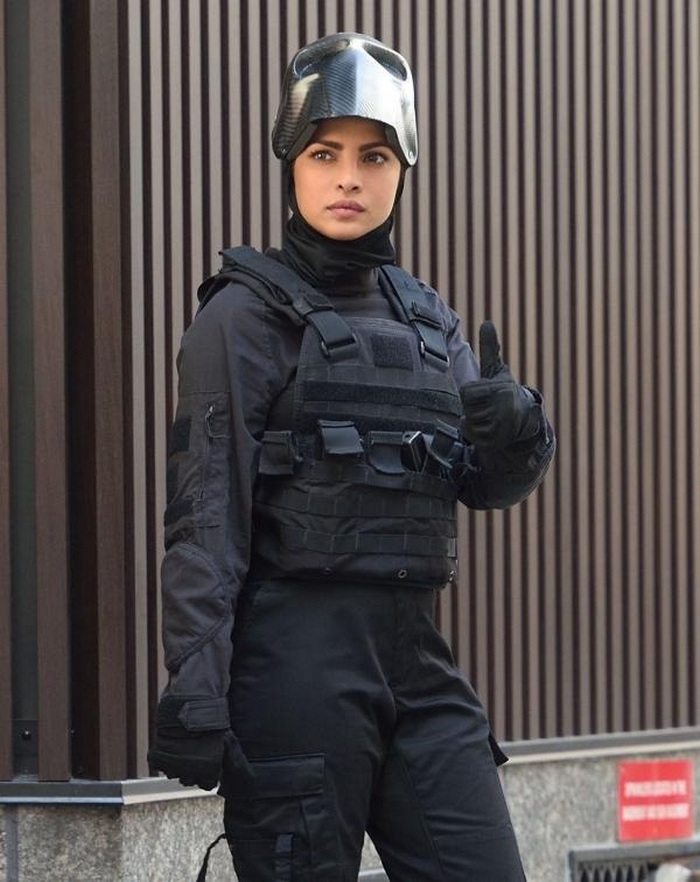 Priyanka Chopra will also be seen on Hollywood film Baywatch along side Dwayne Johnson, Ruby Rose and Pamela Anderson. It will be the first film version of the iconic TV show. While in the Quantico series, Priyanka Chopra is the protagonist, in Baywatch she plays Victoria Leeds, the main villain. That itself makes us want to wait for Baywatch, too! Way to go, Priyanka Chopra!