Radhika Want reveals Vicky Kaushal is in a relationship with THIS 'lovely girl' and wants him to come out in open about his relationship status, read deets.

Vicky Kaushal has given the audience some amazing films like Masaan, Raazi, Uri: The Surgical Strike among others. Apart from making headlines about his professional life, the actor’s personal life is also out there in the open. Though he never talks about it, speculations keep doing the rounds. Rumours suggest that Vicky is seeing Beyond The Cloud actor Malavika Mohanan. Recently, Radhika Apte revealed that Vicky is dating ‘this really lovely girl’ and that he needs to come out in open about his relationship status. Also Read - Bobby Deol to Sushmita Sen, Bollywood Actors Who Gave OTT Boost to Their Careers

During a recent chat show, Radhika was asked to talk about a couple who should come out in the open. To this, she replied, “Vicky is seeing this really lovely girl. He is so lovely. They should come out.” Also Read - Radhika Apte’s Refreshing Cucumber Highball Cocktail Recipe Will Be Your New Favourite Cocktail 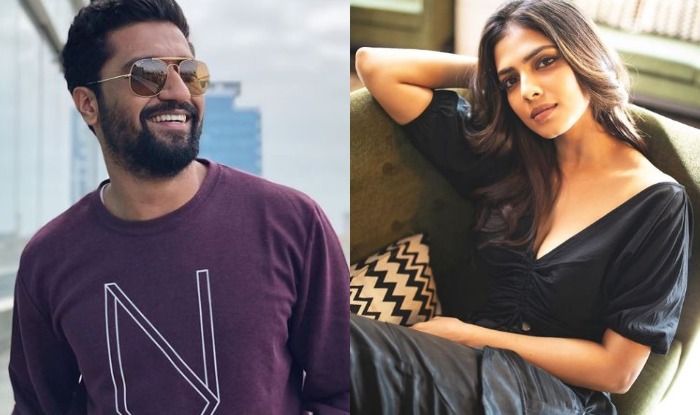 Earlier a report in Pinkvilla revealed that Harleen has been in ‘bad shape’ post her breakup with Vicky. The daily quoted a source as saying, “Harleen is in a bad shape. But she will overcome this.” A source close to both Vicky and Harleen told Pinkvilla, “Both Harleen and Vicky had spoken just a week before they parted ways as to how they both need to be strong against all the negativity around them. He also told her how Rajkummar Rao advised him to ignore all things people say”.

On the professional front, Radhika recently wrapped up the shooting of Raat Akeli Hai which also stars one of Bollwyood’s most versatile actor Nawazuddin Siddiqui. The film is a crime thriller which is being directed by Honey Trehan. Honey will be marking his directorial debut with this film.

Vicky, on the other hand, will be seen in Shoojit Sircar’s Sardar Udham Singh and bring alive the story of Udham Singh, who assassinated Michael O’ Dwyer, a lieutenant governor of Punjab, in revenge for the Jallianwala Bagh massacre in Amritsar in 1919. Singh was subsequently tried and convicted of murder and hanged in July 1940. Directed by Shoojit Sircar, Sardar Udham Singh is slated to release in 2020.

He has recently teamed up with Raazi director Meghna Gulzar for a film based on the life of India’s first Field Marshal Sam Manekshaw.

Other films in his kitty are Bhoot Part One: The Haunted Ship, Takht and Saare Jahan Se Acha.