The marriage will, as per reports, take place on February 11.

Superstar Rajinikanth’s daughter Soundarya Rajinikanth is all set to tie the knot with actor and businessman Vishagan Vanangamudi, and ahead of the big day, her father hosted a pre-wedding reception for her at Raghavendra Mandapam in Kodambakkam, Chennai. Attended by the families and friends of both the bride and groom to be, the rituals had started off with a sumangali pooja. Also Read - Next Level Swagaat: This Paanwale Bhaiya Welcomes His Customers in The Most Entertaining Way | Watch

From pictures that have been shared online, Soundarya and Vishagan both looked glamorous in their traditional wear. Soundarya had on a beautiful gold and blue silk saree, while Vishagan wore a cream coloured shirt and a traditional South Indian dhoti. The two glowed as they greeted guests along with their families. Also Read - Rajinikanth Shares Candid Moment With Annaatthe Director Siva in This Rare Picture 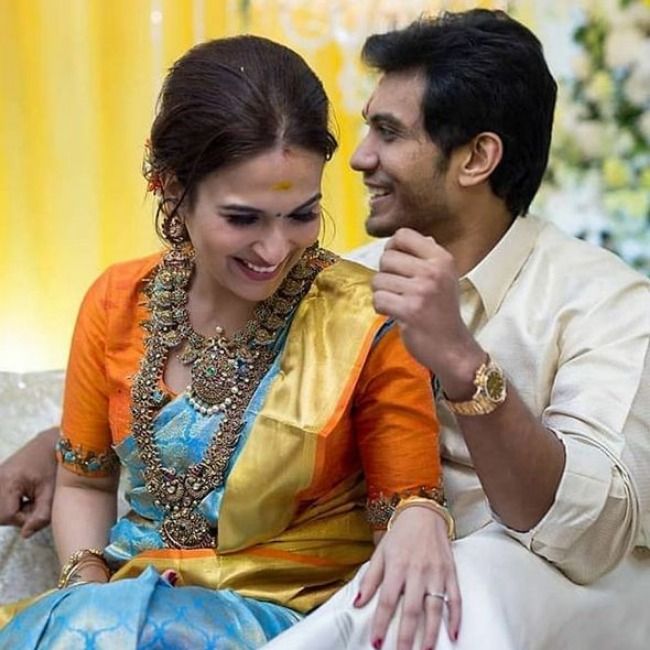 Also Read - Rajinkanth vs Kamal Haasan at Box Office After 16 Years? Watch Out This Diwali

The celebrations continued with the couple posing for a selfie with their family members, all sporting happy smiles.

According to TOI, Soundarya will tie the knot with Vishagan in an intimate wedding ceremony to be held on February 11 at the Rajinikanth residence in Poes Garden, Chennai.