The south superstar's fans are going crazy ever since the Kabali teaser was revealed on April 30. 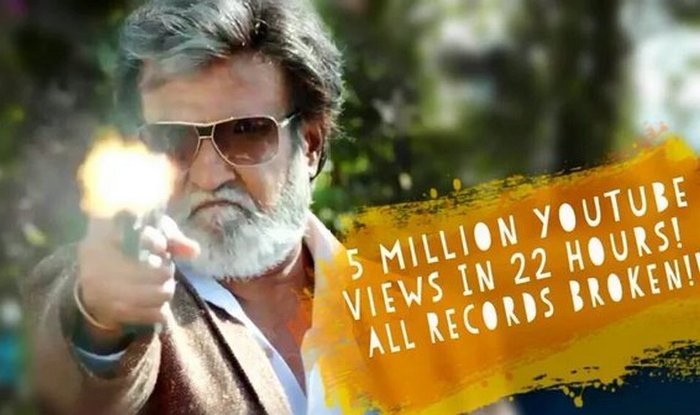 The teaser of Rajinikanth‘s latest film Kabali was released on Sunday, May 1, and ever since, the superstar’s fans are going crazy. The original badshah of style, Rajinikanth, is back at what he does best. His swag is unmistakable and even outdones that of legendary Bollywood superstar Amitabh Bachchan (incidentally, Rajinikanth and Sr Bachchan are good friends). In just 22 hours, the Kabali teaser crossed 5 million views on YouTube! The movie’s Twitter page has been sharing the statistics since the day of the launch. Also Read - Tried The 'Rajinikanth Style' Dosa? Mumbai Eatery's Unique Style of Serving Dosa Goes Viral | Watch Video

Superstar Rajinikanth, a Padma Vibhushan awardee and one who has millions of fans in India and abroad, has also acted in Hindi movies. His last few films in Tamil were not great hits , and his new film Kabali is all set to correct that. The film is written and directed by PA Ranjith. The teaser of Kabali also gave a glimpse of Radhika Apte, the pretty lead actress of the movie who is widely known in Indian cinema as an actress of class. Let’s see what she brings to the table here. Kabali also stars Nassar, Winston Chow, Roshan, Dinesh Ravi, Dhansika, Kalaiyarasan, John Vijay, Kishore, and Riythvika, to name a few. The music of Kabali is by Santhosh Narayanan and from what we hear in the teaser, it seems catchy enough – at least the title song. Watch the Kabali teaser right here! Photo courtesy of Twitter. Also Read - Kamal Haasan Meets Rajinikanth At His Poes Garden Residence