Rajkumar Hirani gets an old typewriter as a birthday gift!

Vidhu Vinod Chopra and Aamir Khan plan a special surprise for Rajkumar Hirani on his birthday recently. Hirani, who otherwise celebrates a quiet birthday with his family, had a cake cutt 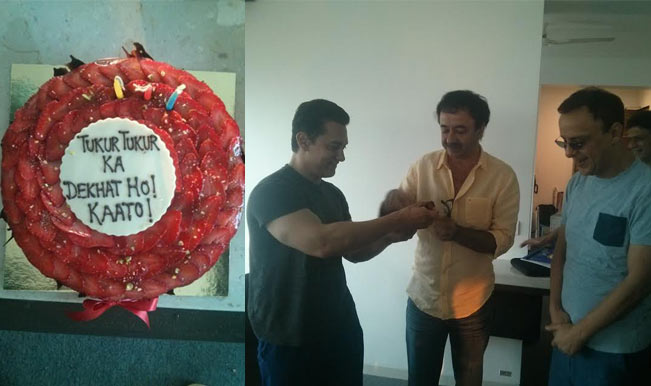 The cake too was a specially designed cake with a dialogue from the release of their upcoming film. Spokesperson of Raj Kumar Hirani confirms the news and adds, “Raj Kumar Hirani was touched and overwhelmed with this gesture of Vinod Chopra and Aamir Khan as he was not expecting it.” But waht made everybody raised their eyes with collective amusement was the gift Raju Hirani got on his special day. He received a very special gift from one of his fans in North India on his birthday, 20th November.

His fan gifted him an old model Typewriter which is difficult to find today. Rajkumar Hirani was touched by this gesture as it reminded him of his old days when he used the typewriter. The ace director has been extremely busy with his next release PK and felt despite having a working birthday, this thoughtful gift made his day.