Rajkummar Rao's Shaadi Mein Zaroor Aana to be the grandest and the costliest wedding on screen ever?

Rajkummar Rao is back in news and as always, this time too he is attempting to entertain us in his own unique way. The actor who was last seen in psychological thriller Trapped, is all set to do a simple romantic comedy. His film Shaadi Mein Zaroor Aana is a grand affair for the makers. Ra One director Anubhav Sinha’s wife Ratna Sinha will be seen making her directorial debut with this fun movie. But what’s so special about this, you ask? Well, the wedding scenes in the film will be shot on a glamorous set, in a typical big fat Indian wedding style! We hear that a whopping Rs 2 crores is being spent on this set. The makers have clearly gone an extra mile to make this a larger than life wedding story!Also Read - Vikrant Massey's Most IRRITATING Thing; Kriti Kharbanda Answers | Exclusive Rapid Fire

Check out the pictures right here! Also Read - Vikrant Massey And Kirti Kharbanda on Why 14 Phere And Not 7 Phere ? Exclusive Interview 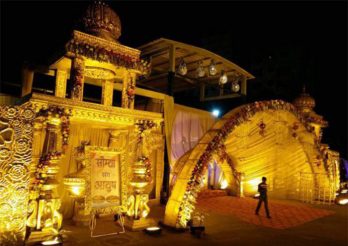 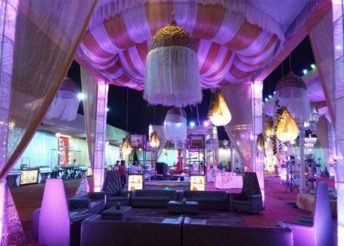 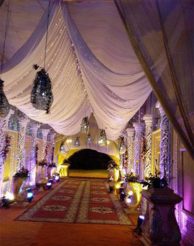 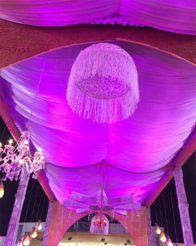 The film will have actress Kriti Kharbanda opposite Rajkummar Rao and will be shot around cities like Lucknow, Allahabad and Kanpur. The story revolves around a common man who turns into a top government official after getting dumped in love. Before this, Rajkummar Rao was seen in a rather unique story-Trapped. Even though the film did not do much on the box office, Rajkummar’s acting was hailed immensely. Next, he will be seen in Behen Hogi Teri opposite Shruti Haasan whose trailer has also got hilariously positive response. (ALSO READ: Rajkummar Rao’s avatar for Raabta will make you forget Ranbir Kapoor’s transformation for Dutt biopic!)

Not to forget, the actor also went through an amazing transformation which left him totally unrecognizable! He is doing a cameo in Sushant Singh Rajput- Kriti Sanon starrer ‘Raabta’ where he plays a 300 year old man. Talking about it, he said, ” It was so much fun as an actor. Dinoo (Dinesh) has a very clear vision as a director and he gave me a lot of freedom as an actor to explore.” Well, Rajkummar Rao definitely knows how to make gold out of quirky roles despite being commercial or non- commercial! Stay tuned with India.com for latest Bollywood scoops.