Rajnikanth, Pankaj Tripathi, Nana Patekar Captured Having a Conversation on The Sets of Kaala Karikalan

After almost two years of gap, Rajnikanth will again be seen on the big screen

Superstar Rajnikanth’s much-awaited film Kaala Karikalan is the most anticipated film of the year. After almost two years of gap, Rajnikanth will again be seen on the big screen, and his fans cannot keep calm. While everyone eagerly waits for the film to hit theatres, we bring you a candid picture of Rajnikanth, Nana Patekar and Pankaj Tripathi on the sets of Kaala in Chennai. Also Read - Ab Mirzapur Season 3: Shweta Tripathi AKA Golu Teases Fans With New Post

In the Behind the scenes picture, Rajnikanth, Nana Patekar and Pankaj Tripathi are sitting and having a hearty conversation with each other. This is the first time that Rajnikanth and Nana Patekar has collaborated for the film. Also Read - Roohi Twitter Review: Janhvi Kapoor, Rajkummar Rao Starrer Fails To Make an Impression With Audience And Critics

The trailer of the film Kaala was released on May 28, and it does look very promising. The trailer gives us the glimpse that the film is Rajnikanth versus Nana Patekar. The film primarily revolves around slum lord from Tamil Nadu who ran away to Mumbai as a child and grew up to be an influential leader in Dharavi. Also Read - 'Mirzapur 3 Won't be Released', Warns Advocate Who Filed Plea Against Amazon Prime Video Show in Supreme Court

Check out the candid picture 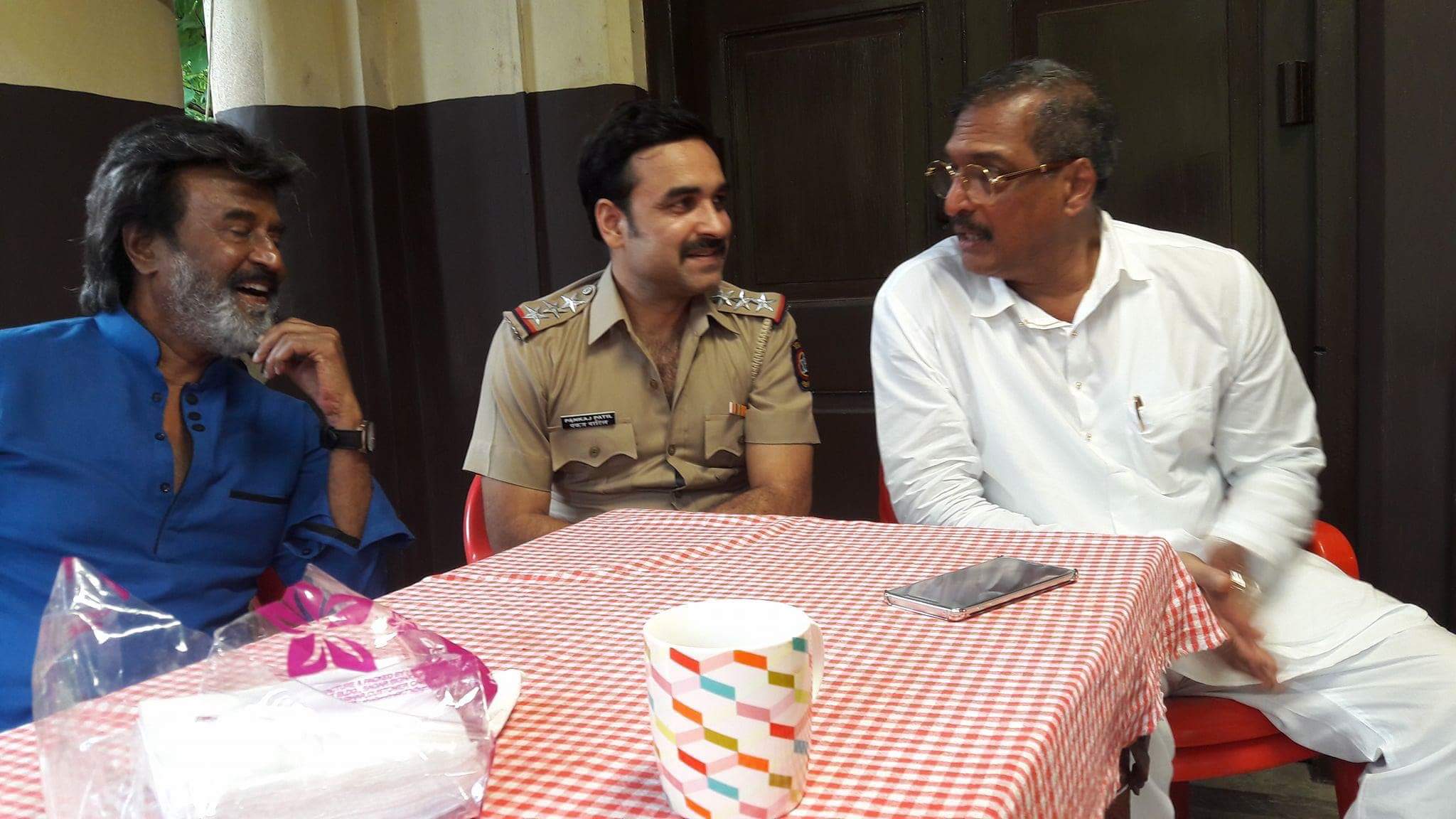 The film is directed by P.A Ranjith and produced by Rajnikanth’s son in law and multi-talented, Dhanush. The film features Pankaj Tripathi who plays a role of policeman, Nana Patekar, Sayaji Shinde and Huma Qureshi in prominent roles.

The film is slated to release on June 7.