Rakhi Sawant didn't only give us a glimpse into her wedding but also shared her beautiful pics with husband.

The most controversial celebrity Rakhi Sawant, who broke the news last year of getting married to an NRI fan Ritesh and her wedding pictures took the internet by storm. Now, her husband has finally come out in open as the actor shared it on social media. Rakhi Sawant recently took to her social media platform and shared a series of pictures with her husband but soon deleted it. Also Read - 'Shame on You!': Fans Cringe as Rakhi Sawant Claims That Sushant Singh Rajput Will be Reborn as Her Son | WATCH

In a series of pictures shared on her Instagram, Rakhi didn’t only give us a glimpse into her wedding but also shared her beautiful looks as a bride. After sharing the pictures, she deleted the ones with her husband. In one of the pictures, she was holding her husband’s hand. Another picture was from her wedding, she can be seen wearing choora that had Ritesh’s name written on it. Also, don’t miss the couple’s beautiful engagement rings. Also Read - Amid Coronavirus Scare, Rakhi Sawant Asks Sinners to Surrender Themselves to God, Video Goes Viral 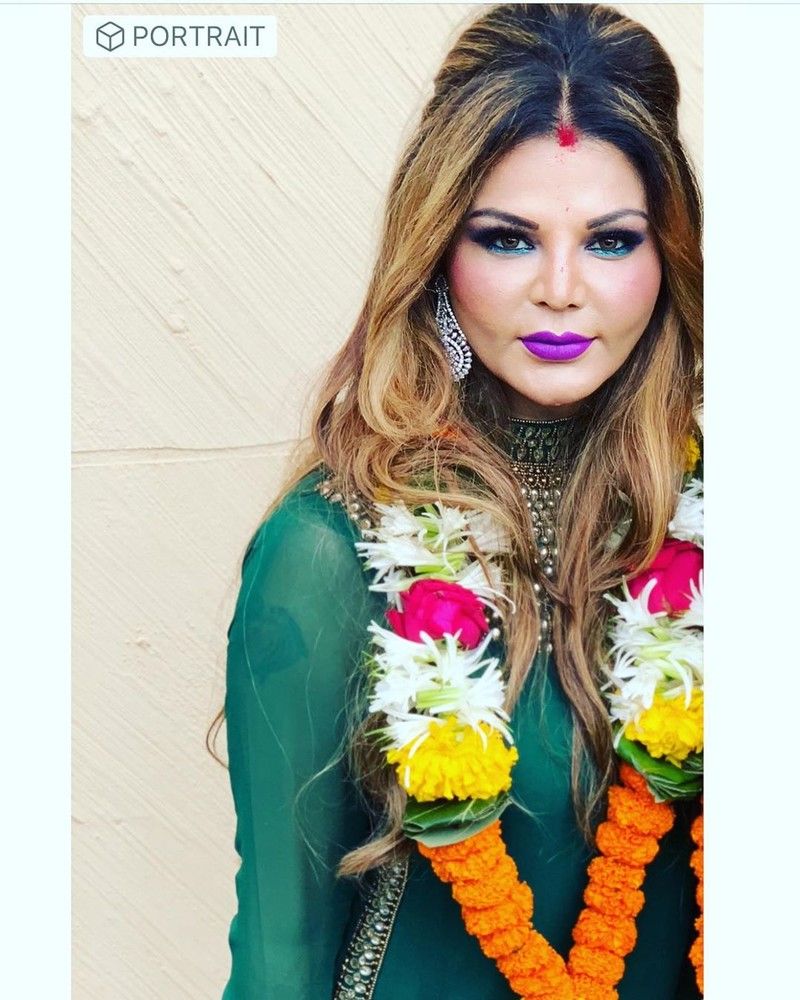 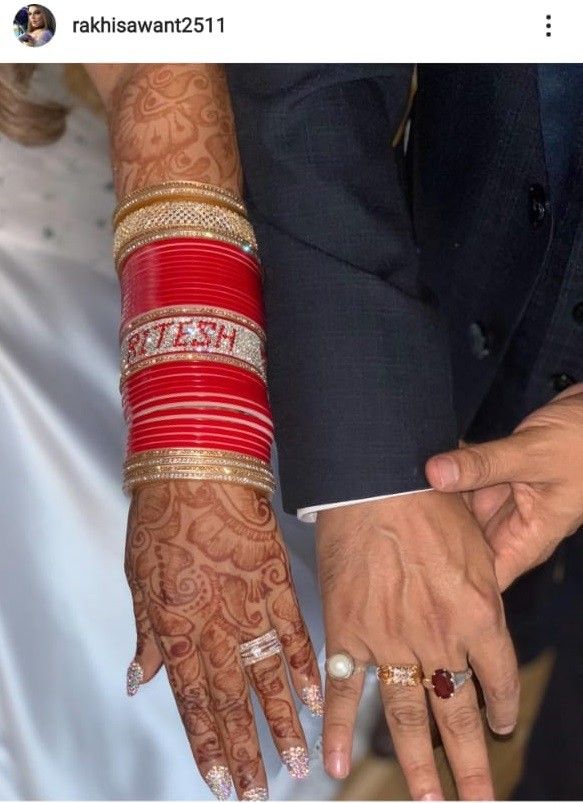 In an interview earlier with SpotBoyE, Rakhi had explained why she had rubbished marriage rumours then despite the pictures surfacing on the Internet and admitted, “Main dar gayi thi, haan maine shaadi kar li hai. I am confirming the news with you today (I was scared but yes, I am married.)”

The couple reportedly got to know each other on messaging app Whatsapp where Ritesh first messaged her after which they got along well on the chat. A year after knowing each other, Rakhi realised that she had feelings for Ritesh that could not be termed as just friends which is why when Ritesh asked her if she’d like to marry one of his friends, she declined. “Trust me, I met him for the first time only 15 days before our wedding. He came down and I was sure that I had met the right guy,” Rakhi shared.