Mumbai: Actor and controversial queen Rakhi Sawant has been all over the social with her stint in Bigg Boss 14 and her new music video Dream Mein Entry. Her marriage with businessman Ritesh is still in doubt as no one has seen her husband’s photo. Rakhi recently showed her husband’s photo to choreographer Shabina Khan and a few others in Dream Mein Entry song’s success party. The song has gone viral and has crossed over 6 million views.Also Read - Hema Malini Refers To ‘Rakhi Sawant’ Amid Speculation That Kangana Ranaut Might Contest From Mathura

In the video, Rakhi Sawant can be seen searching her pic with her husband Ritesh and showed to her close friends. The actor said her husband is a NRI and has 2000 employees under him. He is very rich and I have a husband too. Also Read - Rakhi Sawant's Boyfriend Adil on Her Clothes: 'Pehle Rakhi Ke Kapde Utne Acche…' 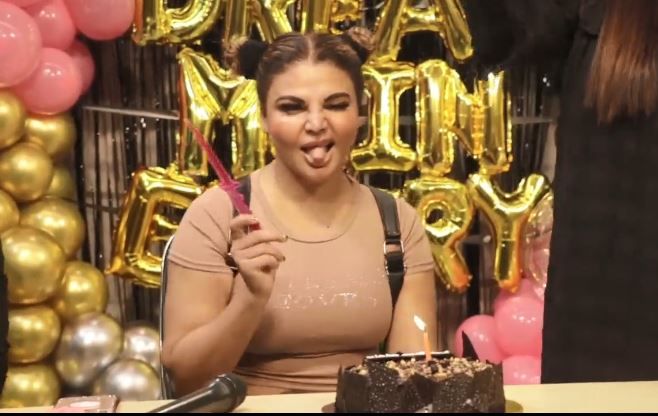 In Bigg Boss 14, Rakhi Sawant made explosive revelations about her husband Ritesh. She told that if her husband wants to take divorce from her, then he is free to do so. When Abhinav asked why is she saying so, Rakhi replied that he hasn’t come home for the past one and a half years and she does not expect him to come now. Sawant further added that she called her husband thrice for the marriage, but he did not come. Four times she applied Mehendi on her hands, but he did not come. She also reveals that she never felt something special for her husband. She said, “Mere dil mein kabhi ghanti baji hi nahi mere husband ke liye, jab aayega tab bajaungi.”

Rakhi Sawant’s recently released song Dream Mein Entry has crossed 6 million views on YouTube. A grand party was organized recently to celebrate the success of the song. The team cuts cake and enjoys the press conference too. Dream Mein Entry reminds fans of Rakhi’s good old music video days of Pardesiya and the likes. In the song, Rakhi also manages to look stunning in all the outfits she adorns, it’s just her expressions that look a bit frozen throughout the video.