Tollywood megastar Ram Charan has a massive fan following. Amid the promotions of 'RRR,' a fan got a tattoo from his look in SS Rajamouli's movie 'RRR.'

Mumbai: Tollywood star Ram Charan is one of the most popular actors in the industry. He is also the son of Chiranjeevi, a prominent South Indian superstar. Ram Charan is currently busy promoting SS Rajamouli’s film ‘RRR.’ The movie will also feature stars like Jr NTR, Alia Bhatt, and Ajay Devgn, and the stakes are unquestionably high. This movie that was meant to come out on January 7 was postponed owing to an increase in COVID-19 instances.

Amid Ram Charan’s hectic promotional schedule, he was greeted by crowds and queues of admirers eager to catch a look at him in Mumbai. There was no limit to the Ram-Ania, from a small kid who burst into tears upon seeing him to a fan who came with photographs of him for a sign to now a fan who has a tattoo of Ram in his RRR avatar!

Take a look at the tattoo: 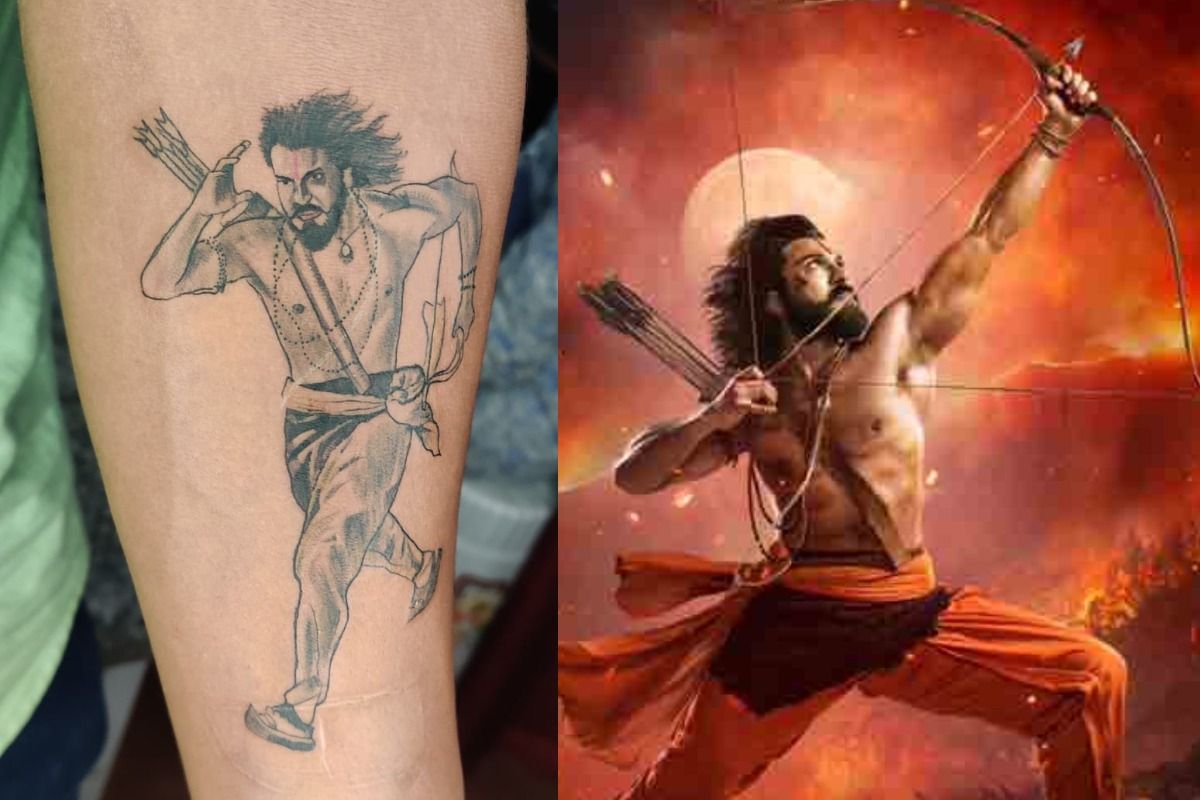 The actor who made his Bollywood debut with Apoorva Lakhia’s ‘Zanjeer‘, opposite Priyanka Chopra, has always dazzled his fans with his diverse acting abilities. His followers like him for his humble and down-to-earth demeanour, and his fame has now spread far and wide.

While on the work front, Ram Charan is shooting for Tamil filmmaker Shankar Shanmugam’s #RC15, in which Bollywood actor Kiara Advani plays his love interest. The film’s release date has yet to be announced. Ram Charan also has ‘Acharya,’ in his pipeline. It is directed by Koratala Siva and is all set to release on February 4, 2022.

Are you excited about Ram Charan’s upcoming film RRR? Watch this space for more updates.