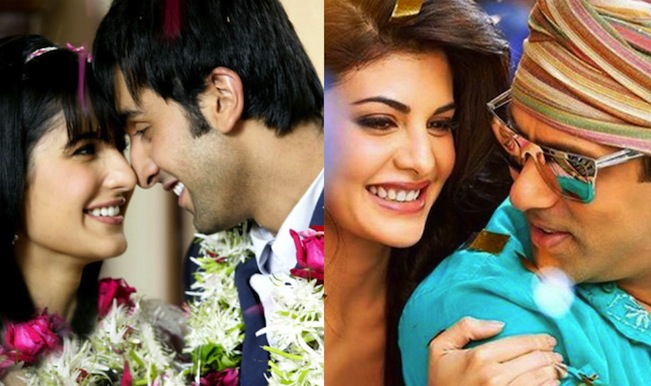 Good morning, ladies! And the Gossip Gal is back with the juiciest bit of news. Bollywood is in the spell of swine flu (Sonam Kapoor, Salman Khan, Vidhu Vinod Chopra), even as there are rumours of Katrina Kaif and Ranbir Kapoor having already got hitched! After the Union Budget 2015 was over on Saturday (February 28) and there was nothing interesting in it for the gossip ladies except the health insurance, they sat down to chatting about Bollywood in a sundowner at a Bandra joint. Here’s what they were talking about: Also Read - Kumar Sanu Takes a U-Turn on His 'Upbringing' Statement Against Ex-Wife, Says he Never Wanted Jaan Kumar Sanu to Enter Bigg Boss 14

It seems like Gossip Gals won’t rest unless and until they see Ranbir Kapoor and Katrina Kaif married. And so they were only happy to read on gossip website BollywoodLife.com that the two B-town lovers are probably already hitched and not just living-in in their cosy home in Bandra. The story says that Katrina has created a Kapoor family WhatsApp group where family members chat and share jokes just like you and me. How cute! They infer that Katrina is already Mrs Ranbir Kapoor. That’s good news, but the ladies would like to wait for an official declaration from the lovers on their ‘status’. Always better, no?

Are Salman Khan and Jacqueline Fernandez an item?

But Katrina Kaif’s ex-lover is no sulking types, we say. He’s had a bevy of beauties since Kat broke up with him. And now there’s a khabar that one of his latest ones is back together with him. No, not the firang babe Iulia Vantur. But another firang babe from the south of India – Jacqueline Fernandez. The ladies agree Salman and Jacky looked cute in Kick together, and fans assumed they’re dating. Sallu also visited Jacky’s restaurant in Sri Lanka, and campaigned for former President Mahinda Rajapaksha on her request. Now that’s a nice friendship! But the ladies think there is love brewing there, with the hot news that Jacqueline and Salman might star in another film together. Won’t fans love that now!

A star like Shah Rukh Khan has to deal with such rumours, we tell you. The latest one that had even the Gossip Gals wondering was that he will be playing a 17-year-old fan in his latest movie FAN. We thought, if Aamir Khan could play a college boy in 3 Idiots while in his 40s, why can’t SRK do it at 49? But Shah Rukh has denied it outright on Twitter. He said, “And the number 17 where has this come from in one press con I did?! 17 stars In Rohit’s film & I am 17 yrs old in Fan…both not true.” The other rumour he has mentioned was about an ensemble cast of 17 in Rohit Shetty’s next film that has Shah Rukh too. Baffling, and thankfully not true. 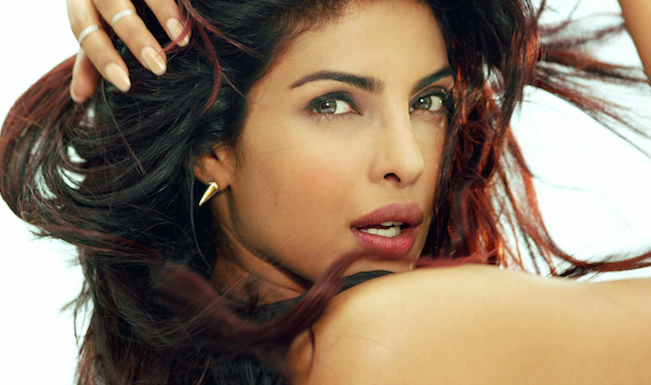 Meanwhile, gossip ladies are surprised with the talent of Shah Rukh Khan’s ex-girlfriend Priyanka Chopra. After making waves as a Miss World winner, a Bollywood actress and an international pop singer, PeeCee, as she is known here, will be seen in an international TV show! She follows the likes of Anil Kapoor, Irrfan Khan, Nimrat Kaur, Shilpa Shetty and many more. Priyanka will be seen in ABC’s show called Quantico, reports India.com‘s sister website Deadline.com. “Chopra will play Alex Weaver, a brilliant but haunted FBI trainee whose past boils to the surface soon after her arrival at Quantico,” writes Deadline. We girls like!

Bollywood in the spell of swine flu – Sonam Kapoor, and Vidhu Vinod Chopra and family!

The smartphones of Gossip Gals were abuzz with alerts on Sonam Kapoor having been tested positive for swine flu. While some say that’s not true, apparently she has indeed contracted the disease with her viral fever, as doctors in Rajkot report where she was shooting for Prem Ratan Dhan Payo. Gossip ladies are wondering if Salman Khan, who was shooting with her, should also test for swine flu! (MUST READ: Shouldn’t Salman Khan and Prem Ratan Dhan Payo crew undergo swine flu test after Sonam Kapoor tests positive?)

However, another Bollywood couple and their son – filmmaker Vidhu Vinod Chopra and his writer wife Anupama Chopra – are down with swine flu. Now this one was in the papers – Gossip Gals don’t miss a single piece on entertainment, you see! While Vidhu and his son have been quarantined, Anu is at home. Gossip Gals are sending across get well soon greetings.

Exhausted with all that gossip on a Saturday night, the Gossip Gals headed to the drinks and dinner post the sundowner. The night was spent talking about Bollywood’s big Holi party preparations for the next weekend. We shall get you all the goss from there. Bring on the colours, we say! (Click to read more Bollywood Gossip right here!)