Randhir Kapoor remembers Rishi Kapoor on his first death anniversary. He also talks about Rajiv Kapoor: 'Both my darling brothers left me'

Mumbai: Actor Rishi Kapoor left the world for his heavenly abode last year on April 30 after a two-year battle with leukemia. He was 67-years-old. The legendary actor was diagnosed with cancer in 2018 and he returned to India from New York in September 2019, after his cancer treatment. Remembering him in a special interview, his elder brother Randhir Kapoor talked about his childhood and acting days. Rishi was fondly called Chintu by his family and friends.Also Read - 'Always And Forever': Bahu Alia Bhatt Shares Picture With Rishi Kapoor on His Death Anniversary- See Here

Randhir Kapoor remembered both his brothers Rishi and Rajiv Kapoor, who, too, passed away on February 9, 2021. In his conversation with E-Times, Randhir said, “The last year has been a very sad time in my life. Sad is really a modest word here; worst would be apt. In a matter of 10 months, I lost both my darling brothers- Chintu (Rishi Kapoor) and Chimpu (Rajiv Kapoor). Also, I lost my mother (Krishna Kapoor) and sister (Ritu Nanda) in the last two-and-a-half years. We, my three brothers and two sisters, were extremely close to each other. Chintu, Chimpoo, and I interacted with each other every day. Chimpoo lived with me and Chintu either came to the office on the days that he wasn’t shooting or spoke to me on the phone. We didn’t need anybody when we three were together. We were a very happy circus by ourselves. We were a robust crowd! All that is over. There’s not a single day that I don’t think about them. One year may have passed but there’s not a single day that I don’t think about them. Life will never be the same again.” Also Read - Neetu Kapoor Sobs in Heartbreaking Video as She Misses Rishi Kapoor: 'Roz Mujhe Koi Yaad Dilata Hai..'

When asked about their cute fights, Randhir said, “All children fight over the window seat. I wish life rolls back and we get those days again. As for my equation with Chimpoo, he was just like my son; he was 15 years younger than me. He had a house in Pune but most of the time, he was in Mumbai. I just wish them well. I hope they are happy wherever they are and in whichever form.” Also Read - Karishma Kapoor Beaming With Joy as Sis-In-Law Alia Bhatt's Kaleera Falls On Her - See Pics! 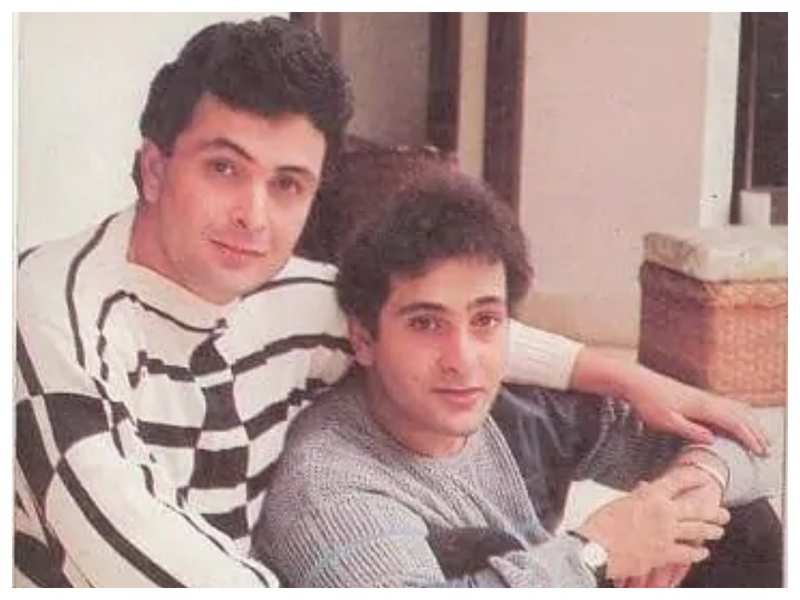