The film directed by Zoya Akhtar was honoured with NETPAC Award for Best Asian Film. Also Read - Mini Mathur Gives Back To Troll Who Asks If Kabir Khan is Bankrupt After Ranveer Singh's 83

Thanking BIFAN and cast and crew of the film, a happy Zoya posted a status on her Instagram account. Also Read - List of Bollywood Celebs Who Are Helping People in Fight Against COVID-19 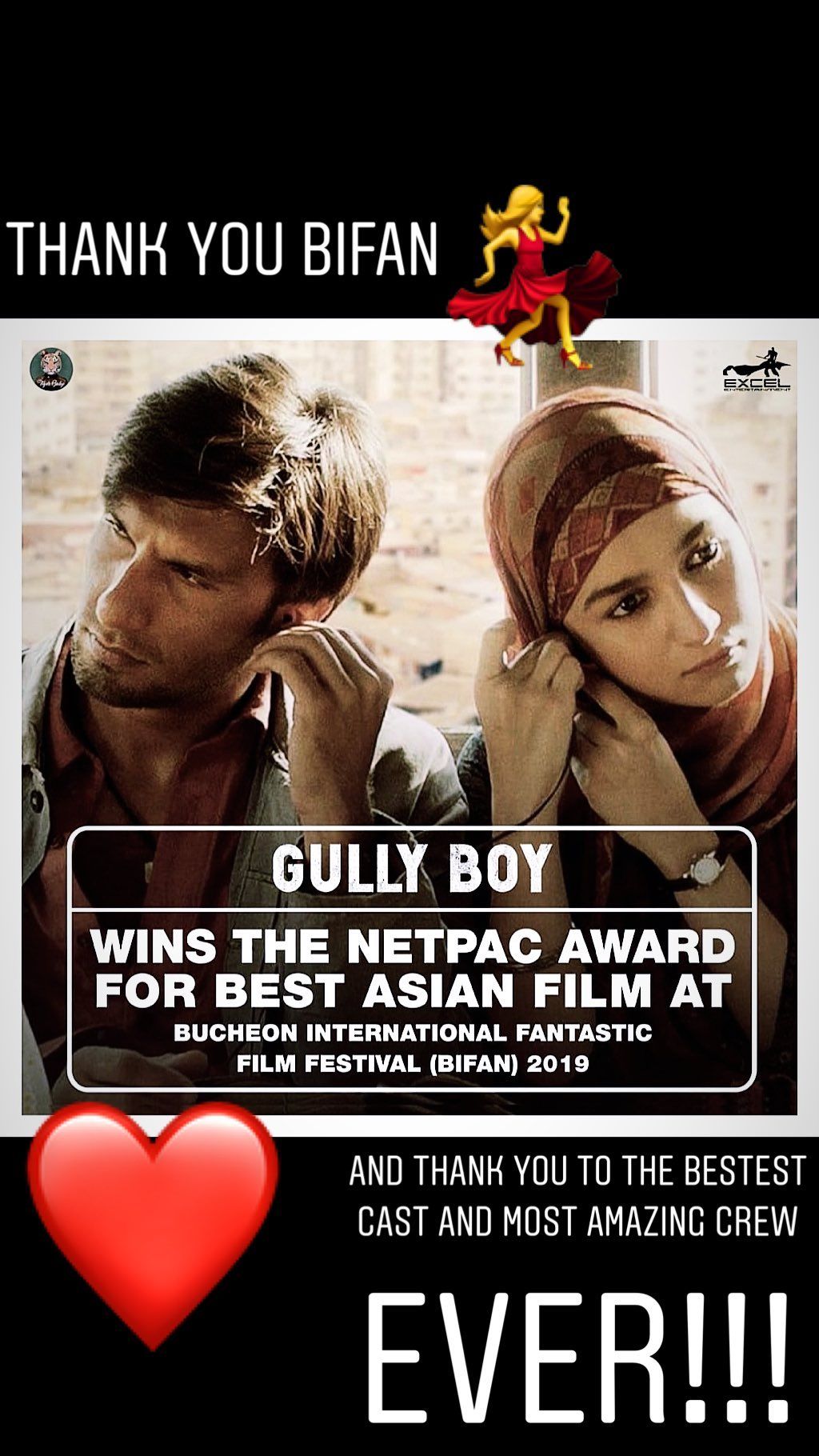 ‘Gully Boy’ is inspired by the lives of Mumbai street rappers Vivian Fernandes aka Divine and Naved Shaikh aka Naezy.

The film had released on February 14 this year.