After "Ram Leela", Ranveer Singh is reuniting with Sanjay Leela Bhansali for "Bajirao Mastani" and the actor says he is approaching the role "with blood, sweat and tears" to help the director realise his grand vision 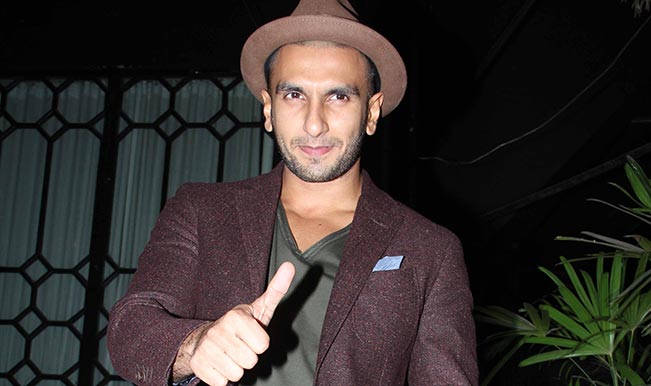 Mumbai, May 27: After “Ram Leela”, Ranveer Singh is reuniting with Sanjay Leela Bhansali for “Bajirao Mastani” and the actor says he is approaching the role “with blood, sweat and tears” to help the director realise his grand vision. Bhansali’s most talked about project “Bajirao Mastani”, a tumultuous historical love story, is finally taking shape with Ranveer, Deepika Padukone and Priyanka Chopra in lead roles. “I have approached this film as one of my most creative ventures. I knew this was one film that he always wanted to make and I knew that Bajirao is his most precious character. So for him, to entrust it to me is really a big deal,” Ranveer said in an interview here. (Also Read: Ranveer Singh: Nothing better than to feed a child) Also Read - Sooryavanshi to Release on Holi 2021 in Theatres? Makers Hint at Bringing Akshay Kumar's Film Before Ranveer Singh's '83

“He is one of the greatest directors of Hindi cinema and for me to do that special film and special part for him, is a huge honour. That’s why I am approaching it with blood, sweat and tears, really putting in everything and hoping that people will appreciate it,” the actor added. When Bhansali first conceptualised the film, he wanted to cast Salman Khan and Aishwarya Rai Bachchan. “The thing is that I was not privy to any of this. For me it was not about who was going to prospectively be cast in the film. For me it was Mr Bhansali’s most precious film and he selected me and I am happy about it. When you say Bajirao, only I come to my mind. The baggage or history was never a part of my mental periphery.” Also Read - Ranveer Singh Pens Endearing Note For Kapil Dev, Calls Him 'Colossus of a Captain'

Ranveer injured his shoulder while shooting for the film. “I fell off a horse. I was doing my own stunts in ‘Bajirao Mastani’ and I fell off it and got injured,” he said. In the film, the actor plays the role of 18th century Maratha general and statesman Bajirao Peshwa. Post “Bajirao Mastani”, Ranveer has not signed any other film yet. He is looking forward to the release of Zoya Akhtar’s “Dil Dhadakne Do”.