Ranveer Singh’s U-Turn From Simmba to Joe Exotic of Tiger King is The Most Hilarious Thing on Internet Today!

Ranveer Singh roars his presence into our social media this Wednesday with Tiger King filter and and we totally approve of this desi version of Joe Exotic!

Wild cats and their connection with Ranveer Singh go hand in hand be it as the favourite face of Zoya Akhtar’s Tiger Baby Productions, as Rohit Shetty’s iconic Simmba or now as Tiger King‘s Joe Exotic in a latest meme. Slaying his role well, Ranveer roared his presence into our social media this Wednesday with the Tiger King filter and and we totally approve of this desi version of Joe Exotic. Also Read - Cirkus: Ranveer Singh Gets His First Double Role in Rohit Shetty's Film, Jacqueline Fernandez And Pooja Hegde Join in

Tiger King, which premiered on Netflix on March 20, follows the bizarre exploits of private zoo owner Joe Exotic, who runs a zoo full of hundreds of tigers and other rare animals. At the end of the series, he ends up in jail, serving a 22-year sentence for animal abuse and plotting to carry out a murder-for-hire plot against his fellow big cat owner rival, Carole Baskin. Also Read - Ranveer Singh's 83 To Have Theatrical Christmas Release, Akshay Kumar's Sooryavanshi Pushed To 2021

Many celebrities have also come out as Tiger King fans. Cardi B floated the idea of starting a GoFundMe to help release Joe Exotic, and actors like Dax Shepard have thrown their names out on Twitter to play the character if the story were adapted to a movie. Netflix will be releasing an extra episode of Tiger King next week, according to the zoo owner Jeff Lowe, who appeared on the hit docu-series. He revealed the details about a new episode in a video posted on Twitter by Justin Turner of the Los Angeles Dodgers, reports variety.com. Also Read - Akshay Kumar's Sooryavanshi Not Releasing on November 14 - Diwali, Despite Reopening of Theatres, Read on

Taking to his Instagram handle’s story feature, Ranveer shared a picture of posing with the Tiger filter while he had his face morphed into that of Joe’s. He captioned it, “Who did this” and captioned it with a tears of laughter emoji. 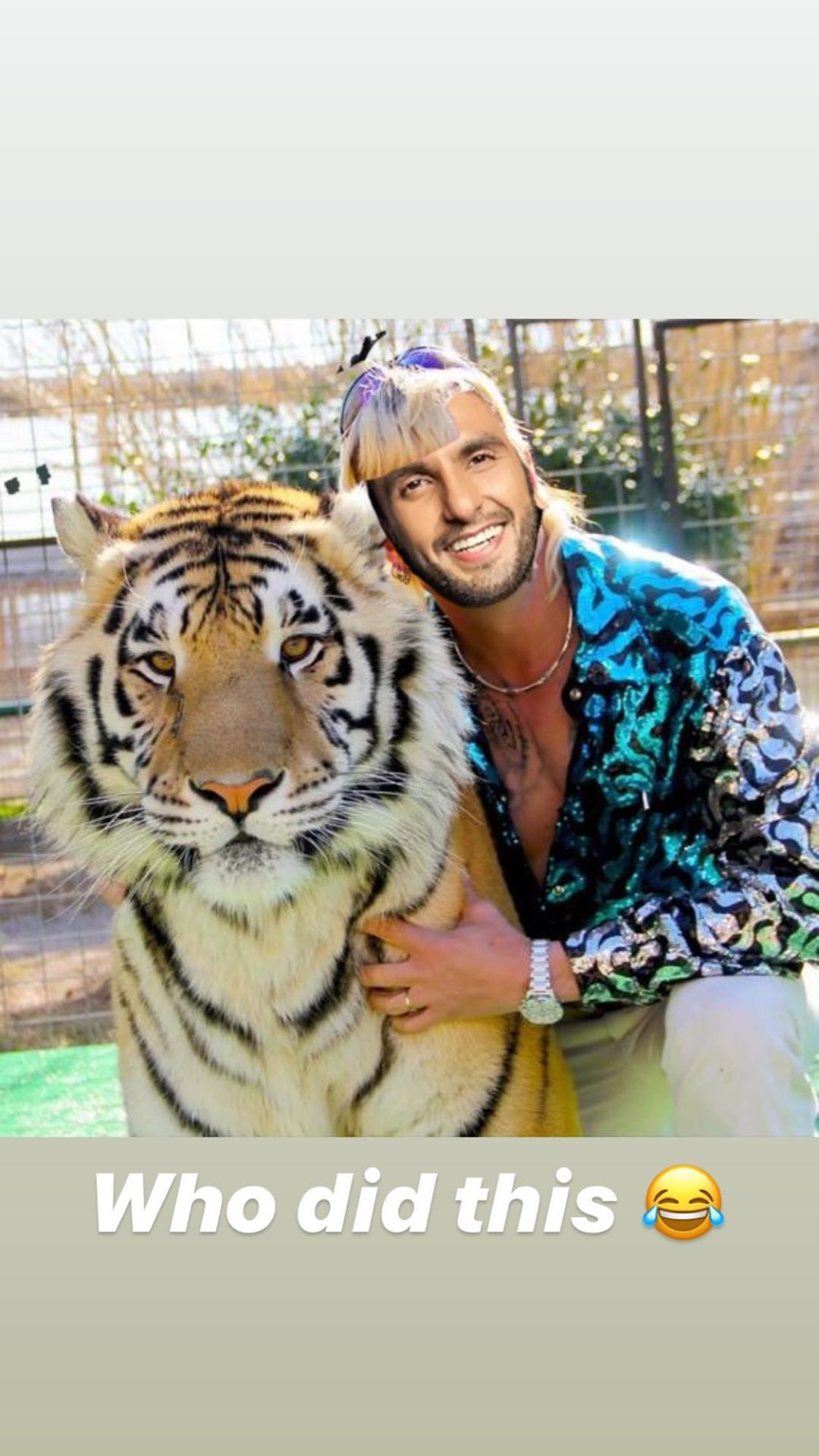 On another note, the film industry is set to incur unprecedented losses due to the nationwide lockdown announced by the government of India to curb the growing spread of coronavirus in the country. However, producers and trade pundits are putting their trust in the release of two big films hoping that they will bring some magic and makeup for the losses incurred in these months. Akshay Kumar starrer Sooryavanshi and Ranveer Singh’s ’83 were two big-budget anticipated dramas that were set to hit the screens in March and April, respectively.

After COVID-19 hit the country, the makers postponed the release of these films indefinitely and said they will decide on the date once normalcy returns. Now, in an interview with Mumbai Mirror, Shibasish Sarkar, the CEO of Reliance Entertainment Pictures, reveals that Sooryavanshi and ’83 will be the first two films to release in India after the tough times are over.

Ranveer has been gearing up for Kabir Khan’s ’83, which traces India’s historic victory at the 1983 cricket World Cup. While Ranveer portrays the team’s captain Kapil Dev, Deepika plays his wife Romi. The film is presented by Reliance Entertainment and was scheduled to release on April 10 this year in Hindi, Tamil and Telugu.