Rapes and kidnappings-‘Pocket Gangsters’ promises to be an eye-opener! 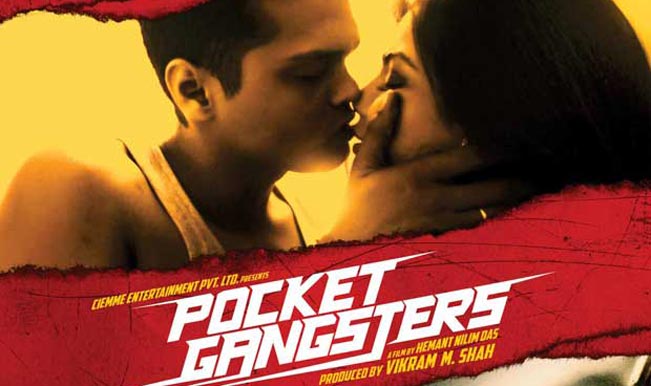 Director of India’s first uncut, one-shot film – the hostage drama Pocket Gangsters shocked the nation, when in a freewheeling interview he admitted that his film is based on ground realities and a shocking, true incident that happened in Assam and its capital Guwahati in particular.

Says Nilim Das, “Guwahati is the epicenter of child-kidnapping. It has a dubious distinction for being the kidnapping capital of the country. The state of Assam has recorded the highest number of child kidnapping cases in the country over the last few years. Almost 50 per cent of the cases go unreported and the kidnappers are paid off a heavy ransom by the victims through negotiations by middle-men. It’s not just the kidnappers; there are middle men involved who will negotiate the price between the victim families and the actual kidnappers. The middlemen get a fixed percentage of the booty and some middle men may be respectable business men too.

Quoting from published news reports, Das adds, “According to the National Crime Record Bureau’s report, Crime in India 2012, the highest rate of violent crimes was reported from Assam (54.2 per cent), followed by Manipur (44.6 per cent), Kerala (42.7 per cent) and Delhi (34.7 per cent). The all-India average is 22.7 per cent.

According to the report, crimes such as murder, attempt to murder, culpable homicide not amounting to murder, rape, kidnapping and abduction, dacoity and preparation or assembly for dacoity, among others are violent crimes. The rate of violent crimes in Assam (36.6 per cent) was the third highest in the country in 2011, with Kerala (44 per cent) and Delhi (37 per cent) bagging the first and second ranks respectively. According to the bureau data, there were 1,368 murders, 670 attempts to murder, 54 culpable homicides not amounting to murder, 1,716 rapes, 3,812 kidnappings and abductions, 266 dacoities and seven cases of preparation and assembly for dacoity in Assam in 2012. The report underscored the fact that despite a decline in insurgency-related violence in the state, there had been no let-up in conventional crimes. In case of crimes against women, the bureau report revealed some very disquieting data. According to the bureau, Assam had reported the highest rate of crime against women (89.5 per cent) against a national average rate of 41.7 per cent in 2012.

Many high-profile kidnapping cases are hushed by in connivance with the administration, due to vested interests by political lobbies. Senior administrative officers sometimes also act as middlemen “settling” deals for the kidnappers. These incidents were eye-openers for Das who has done extensive research on the project.

Says Das, “Pocket Gangsters is an example of a path-breaking kidnapping drama based on a true story in Indian cinema. The entire film has been shot in Guwahati.”

PG or Pocket Gangsters – India’s first one-take, one-shot and uncut film is ready to release in over 900+ screens in the country, according to director Hemant Nilim Das. “This is a niche film, not a general purpose masala product. We are still considering about 900 screens as we want to make it available across the length and breadth of India,” Das said.

Dubbed as gangster thriller, the movie has been inspired by true events and takes you on a mind-boggling journey. It is based on the distressing topic of kidnapping and stars Shivangi Mehra as the female lead. Raghubir Yadav makes a come back after a long hiatus. He portrays the character of a blind gangster.”