Bigg Boss 15: Bigg Boss brings a lot of drama to the table with each new season. Each season presents new candidates with an intent to spice things up. In a recent episode, things got nasty between Bigg Boss 15 housemates Tejasswi Prakash and Shamita Shetty. The latter demoted the Swaragini actor from the VIP club, which meant Tejasswi had to forfeit her ticket to the finale week, which she won lately. Things between them became intense and the duo had a verbal spat. Tejasswi claimed that she was aware that this would occur. They blamed each other for events in the past as well. Shamita wanted to be close to her boyfriend Karan Kundrra, Tejasswi said during the fight. This has angered Shamita’s reported boyfriend Raqesh Bapat, who resorted to Twitter to criticise Tejasswi’s words.

He took to Twitter to express his anger for Tejasswi and wrote, “The bb house sends you in a tizzy! There are no triangles but circles of friendships. @itsmetejasswi  I taught u about the art of finding peace in chaos & how good wins over evil while making Ganpati not for this day!! Snap out & play. @ShamitaShetty love u loads can’t wait (sic).”

The bb house sends you in a tizzy! There are no triangles but circles of friendships. @itsmetejasswi I taught u about the art of finding peace in chaos & how good wins over evil while making Ganpati not for this day!! Snap out & play. @ShamitaShetty love u loads❤️ can’t wait.

Raqesh Bapat also unfollowed Tejasswi Prakash from his Instagram account. According to reports, the two have been friends for a long time. The two shared a strong bond and were close friends. Raqesh has shown that he is a man who is willing to stand up for his girlfriend. He made sure to do it again this time, unfollowing Tejasswi Prakash after the heated dispute. 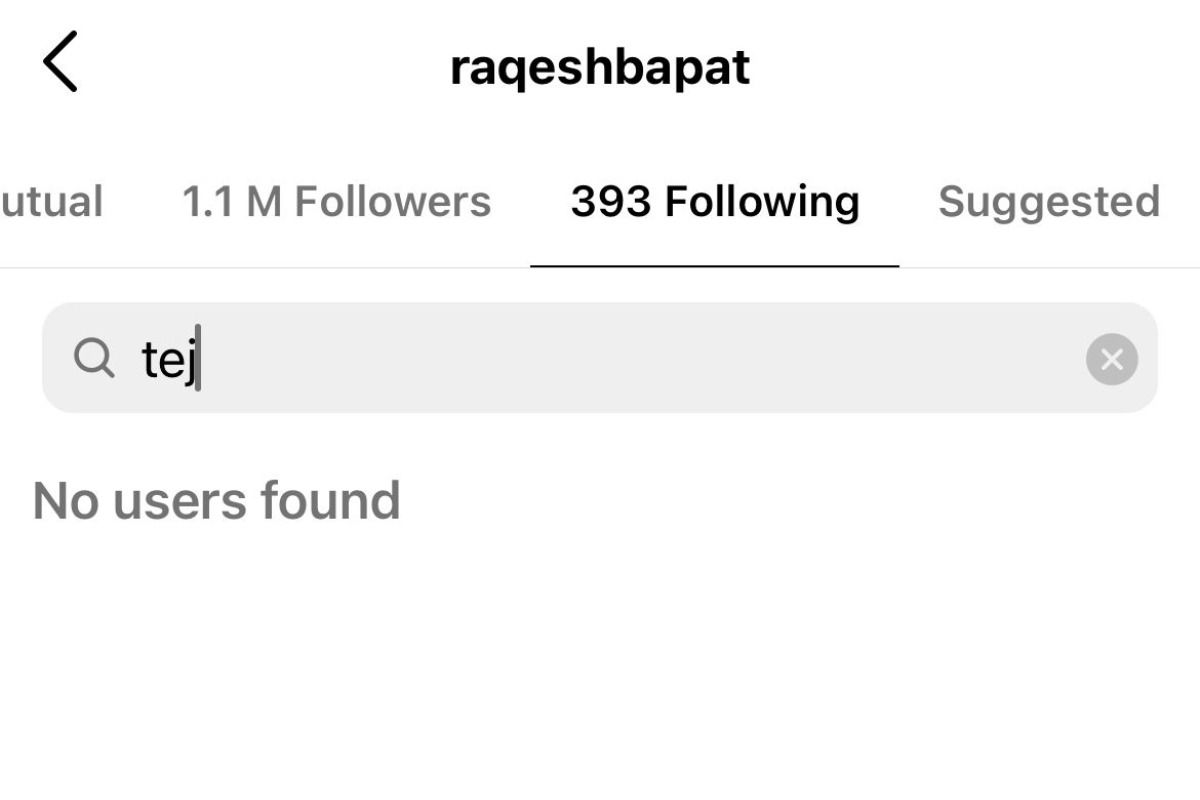 On social media, the continuous feud between Shamita Shetty and Tejashwi Prakash can be witnessed. Many TV celebrities have weighed in on the quarrel between these two celebrities. Many stars remained silent as Tejashwi Prakash’s charges were unresolved, prompting artists like Gauhar Khan and Kamya Punjabi to speak out.

Bigg Boss 15 has been extended for additional two weeks for those who are unaware. With all of the drama and emotions, it’s exciting to see what will happen in the next few episodes.