Bigg Boss 13 fame Rashami Desai has been making full use of her isolation time at home amid the lockdown due to coronavirus which has been extended till April 30 across Maharashtra.  Rashami keeps sh

Bigg Boss 13 fame Rashami Desai has been making full use of her isolation time at home amid the lockdown due to coronavirus which has been extended till April 30 across Maharashtra.  Rashami keeps sharing her adorable and cute photos as well as videos on photo-sharing app Instagram and her latest photo with brother Gaurav has been breaking the Internet. Also Read - Rashami Desai Turns Singer During Self-Quarantine, Watch Viral Video

The television qeueen shared a ‘then and now’ photo with brother Gaurav and it will totally give you major sibling goals! Also Read - Naagin 4 Fame Rashami Desai Starts Her Online Show 'The RDShhow' Amid Coronavirus Lockdown 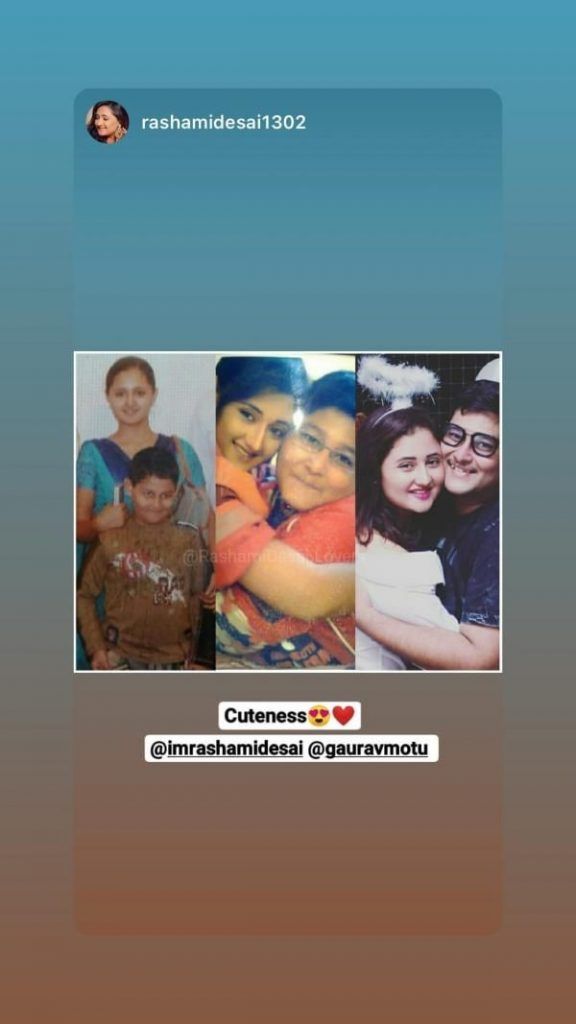 The picture was a collage of three photos taken at different times. In the first picture, we see Rashami dressed in a simple salwar-kameez as she stands next to Gaurav and poses for the camera. In the second one, the brother-sister duo is seen embracing each other as they pose for an adorable click. And the third picture is the replica of the second one.

She later shared another blast from the past from the days when she participated in reality TV show Khatron Ke Khiladi season 6 in which she is seen sitting inside a car with a big snake around her neck the the crew of the show is helping her get rid of the dangerous and scary reptile.

Rashami Desai is one of the most popular actors in the Indian television industry who has starred in shows like Uttaran and Dil Se Dil Tak and recently garnered all headlines after she participated in the 13th season of controversial reality show Bigg Boss which is hosted by Salman Khan.

Rashami emerged as one of the top 5 contestants in the show and made headlines due to her spat with co-contestant Sidharth Shukla.