Abhishek Kapoor's "Fitoor", his ambitious Bollywood adaptation of Charles Dickens' novel "Great Expectations", suffered a blow as veteran actress Rekha, who was cast as Miss Havisham, has walked out of the film. 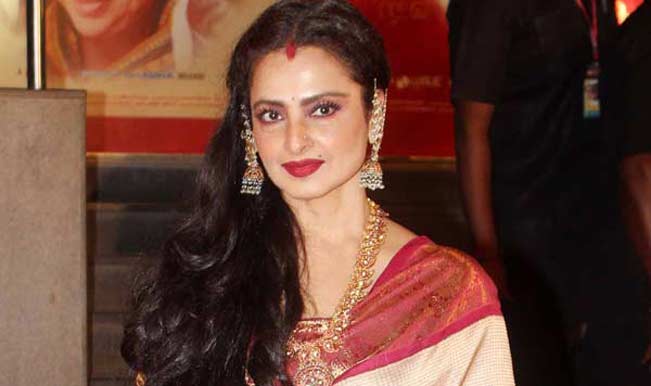 Mumbai, May 27 : Abhishek Kapoor’s “Fitoor”, his ambitious Bollywood adaptation of Charles Dickens’ novel “Great Expectations”, suffered a blow as veteran actress Rekha, who was cast as Miss Havisham, has walked out of the film. The 60-year-old Bollywood diva was apparently not happy with the way her role had shaped up in the movie. But there is not much clarity on what prompted the actress to leave the film after most of the shooting was already complete. Also Read - When Rekha Became ‘Cold-Hearted Man-Eater’ After Husband Mukesh’s Death; Read Subhash Ghai, Anupam Kher’s Shocking Statements Back Then

“Haider” star Tabu has replaced Rekha in the film that centres around Katrina Kaif and Aditya Roy Kapoor’s characters. “Tabu has given some incredible performances in ‘Maqbool’, ‘The Namesake’ and ‘Haider’ to name a few. She is an actress who has always accepted challenges and I am honoured to have her in my film,” Kapoor said in a statement without commenting on Rekha’s exit. Also Read - COVID-19 Positive: After Rekha, Farhan Akhtar’s Security Guard Tests Positive

Hailing Tabu’s inclusion in the film, “a casting coup of sorts”, UTV too chose to maintain silence about the reason behind Rekha’s shock departure from the project, even though a lot of initial publicity of the movie centered around the presence of the evergreen diva. “Tabu is a performance powerhouse and after our association with her on ‘The Namesake’ and most recently on ‘Haider’, we are looking forward to working with her again on ‘Fitoor’,” said Amrita Pandey from UTV in a statement. (READ : Did Rekha walk out of Fitoor due to differences with Katrina Kaif?)

This is not the first time that the film has been embroiled in controversy. Earlier, Kapoor wanted his “Kai Po Che” star Sushant Singh Rajput to play the male lead but that did not materialise.