Actor Sushant Singh Rajput left for heavenly abode on June 14, leaving his family, friends and fans mourning the loss. There will always be a void in the lives of his closed ones and people who adored him. While everyone is still recovering from the shock and numbness, musician AR Rahman who has composed songs for Sushant’s last film Dil Bechara will be giving a tribute to the late actor. A group of other music artists Shreya Ghoshal, Sunidhi Chauhan, Mohit Chauhan, Arijit Singh, Jonita Gandhi, Amitabh Bhattacharya, Hriday Gattani, Sasha Tirupathi will also join Rahman.Also Read - Saroj Khan's Daughter Opens up About Her Post on Sushant Singh Rajput: 'I Want to Talk About That Boy'

The musical tribute for Sushant Singh Rajput will begin at 12 pm on July 22, 2020. AR Rahman took to his Twitter handle to make the announcement. “Catch us on 22nd July at 12 p.m. @disneyplushsvip & @sonymusicindia for a musical tribute to our beloved #SushantSinghRajput #DilBechara”. Also Read - Javed Akhtar's Defamation Case: Kangana Ranaut To Appear Before Mumbai Court On July 4 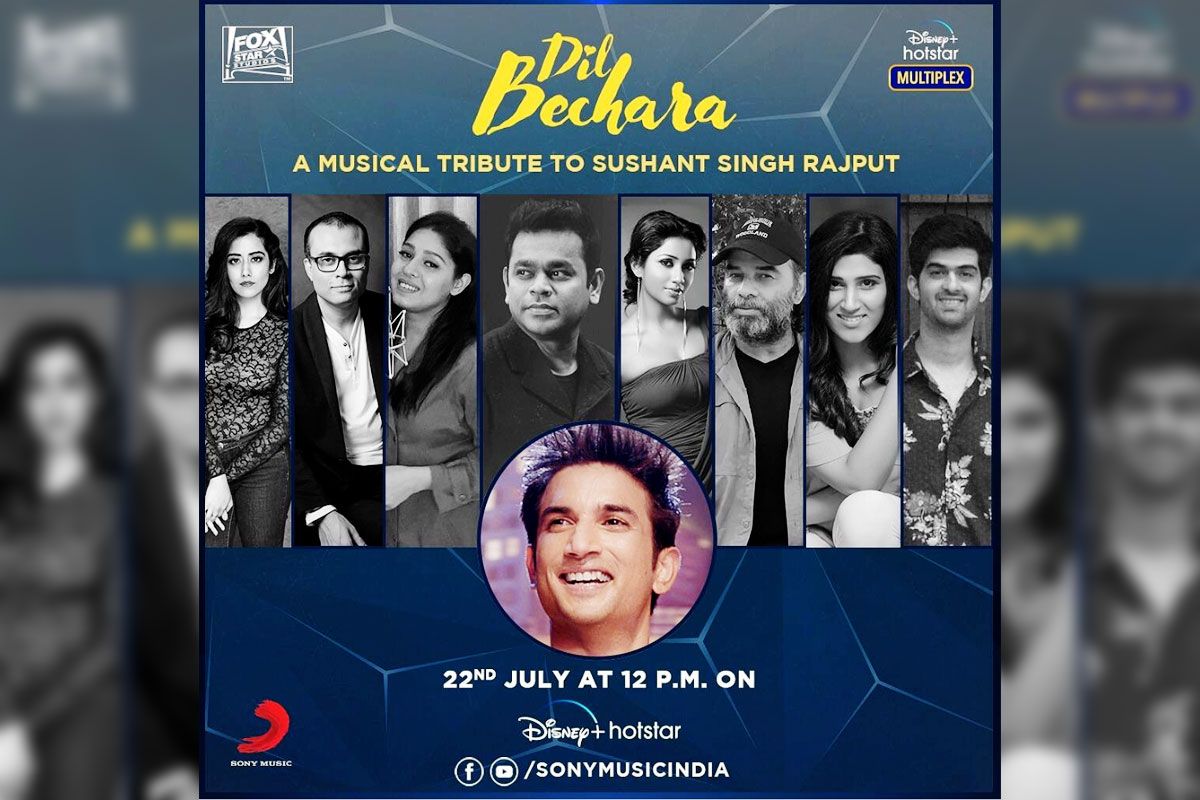 The legendary musician also gave a glimpse of the same on his social media page. All the artists are either singing, playing a musical instrument or grooving to the beats of Dil Bechara’s title track. He captioned the post, “A glimpse of something special. Watch the musical tribute on @disneyplushotstarvip and @sonymusicindia to our very own #SushantSinghRajput tomorrow at 12 noon. @sanjanasanghi96 @castingchhabra @amitabhbhattacharyaofficial”

On composing Dil Bechara, AR Rahman revealed how he didn’t follow any rule or formula while composing the music for Dil Bechara and totally trusted his heart. The legendary music composer said that he found director Mukesh’s energy ‘infectious’ and that kept him energetic throughout. Rahman added that the music of the film already had a heart and now, it has got memories of Sushant as well. “There is no formula for composing music; it depends on what appeases the heart. When I write songs, I let them breathe for some time and then present them to the director. It was a great experience collaborating with Mukesh on this film; his enthusiasm is infectious. This album is carefully curated because the film has so much heart, and now, the memories of Sushant,” he explained.