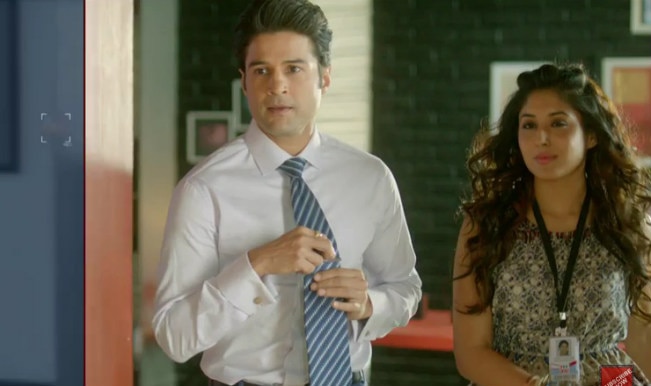 After his not-so-impressive career in Bollywood, Rajeev Khandelwal is all set to make a comeback on the small screen with a new show called Reporters. The show’s makers have launched the promo of the upcoming show. Kritika Kamra of Kuch Toh Log Kahenge fame will be paired against the Aamir actor in this show based on the life of journalists. The actors will be seen getting into the shoes of TV reporters on their upcoming show. Also Read - Tandav Controversy: Netizens Trend #BoycottTandav #BoycottBollywood For Allegedly Mocking Hindu Gods

Rajeev and Kritika will be seen using various means to gather news and interviews for their channel. In the promo of Reporters, Rajeev looks every inch of a business-like journo in his black suit. Kritika Kamra, who was last seen on Jhalak Dikhhla Jaa 7, plays a young chic reporter smitten by her boss Kabir aka Rajeev. Also Read - Tandav Releases On February 15: Here's All You Need To Know About Its Characters

In the past, several B-town filmmakers have made films depicting a journalist’s life. Shekhar Suman even had a popular TV show called Reporter in the 1990s where he played an investigative journalist. But Rajeev and Kritika’s show might be the first time on TV based on television journalists. We hope this new daily brings in some quality content instead of the usual drama seen on TV soaps!

Reporters was in the news recently after a few clips from the sets were leaked. A scene with Rajeev kissing Kritika and the latter slapping the former was a rage among the viewers. The scene was misunderstood as a real-life incident and went viral on the Internet. However, the actors revealed that the scene was a part of their upcoming show’s script and got leaked before time. Reporters air on Sony from April 13, 2015 at 9 pm IST. (Edited by Shweta Parande)