Those who have seen the trailer of Dibakar Banerjee's Byomkesh Bakshy would agree that the Eastern Europe-or its charm- the intelligent filmaker has created is highly unmistakable. The battle-torn 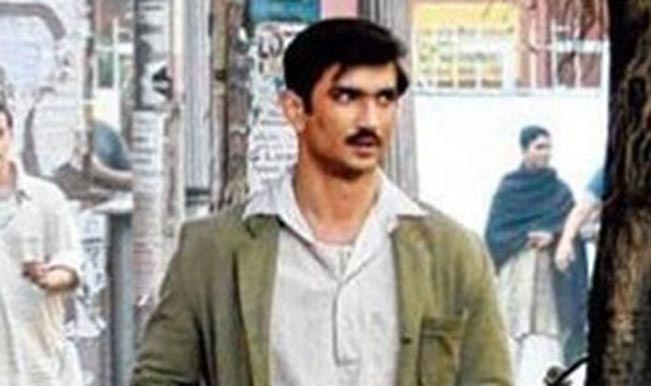 Also Read - No Talks With Centre Until Farm Bills Are Taken Back: Shiromani Akali Dal

Those who have seen the trailer of Dibakar Banerjee’s Byomkesh Bakshy would agree that the Eastern Europe-or its charm- the intelligent filmaker has created is highly unmistakable. The battle-torned part of the globe, savaged by the world war 2, can be seen in the promo. And now we hear that Hitler seems to be the villain of the movie sattring Sushant Singh Rajput in the lead role. Also Read - Kangana Ranaut Wants 'Terrorism Free' Film Industry After Yogi Adityanath's Announcement

Dibakar Banerjee’s next film starring Sushant Singh Rajput, Detective Byomkesh Bakshy! is set against the backdrop of World War 2. Not many know that the significant trading port of India, Kolkatta (then Calcutta) became the battleground during WW 2 and Adolf Hitler was involved in the same. In the poster we see Sushant Singh Rajput sporting a moustache and a hairdo that makes us believe the man is highly influenced by Hitler’s ideology. We even wonder now if Sushant is playing Hitler himself in the film! Also Read - Dream11 IPL 2020 LIVE UPDATES: MS Dhoni's Competitive Comeback Hours Away

Detective Byomkesh Bakshy we hear is set in the same environment and Hitler will be seen playing the antagonist. The entire team recently launched the first poster of the film in The Great Eastern Hotel in Kolkatta on December 20th, the day when Calcutta was bombed by Japan.

After giving us movies like Khosla Ka Gghosla, Oye Luky Lucky Oye, Love Sex Aur Dodhka and Shanghai, Dibakar is set to give yet another hatke film, the villain of which seems to have been revealed now.

Detective Byomkesh Bakshy is one of the most intriguing releases of early next year.