While we all know that Karan proposed to Bipasha in Goa in the month of February (on his birthday), the truth is something different.

Karan Singh Grover and Bipasha Basu tied the knot last month after dating for a long time. The duo look happily-married and are enjoying the best-phase of their life. Fans are grinning at the post-marriage pictures posted by the couples on their respective Instagram profile. A leading daily interviewed the newly married couple Bipasha & Karan and they two talked about how things worked out for them. Bipasha also revealed why she feels so happy to be married and how Karan’s past relationships doesn’t affect her. (ALSO READ: Bipasha Basu not affected with Karan Grover’s past-knots)Also Read - Katrina Kaif, Deepika Padukone, Priyanka Chopra And Other Bollywood Brides Who Wore Giant Nath on Their Wedding Day - See Pics

While we all know that Karan proposed to Bipasha in Goa in the month of February (on his birthday), the truth is something different. The Alone actor had offered a ring to his co-star on New Year’s Eve. Yes, and Bipasha was all surprised with Karan unanticipated proposal. The couple in a candid interview with Bombay Times talked about the proposal. Also Read - Bipasha Basu Responds to Pregnancy Speculations, Here's What She Said

Soon, Karan interrupted his better half and offered to finish the story. He said, “Let me complete the story for you. We were in Koh Samui, it was December 31 and the sky was lit with fireworks. I was carrying the ring with me and something told me that this is the right time. So while she was capturing the fireworks on video, I took the opportunity and gave her the ring.” 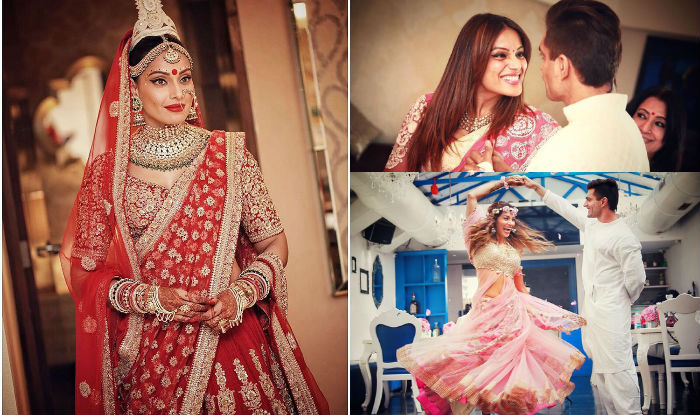 He further added, “And guess what? Her expression was that of someone who was going to be murdered, like in some of her films. Just picture this..I am on my knees for 10 minutes and between sobs she tells me.. ‘Whats wrong with you, why do you want to marry me? I am not supposed to get married.” Finally she said ‘Okay.’ To me it sounded like a yes, so I said I will take that.” (ALSO READ: Every moment spent with Bipasha Basu is bliss: Karan Singh Grover)

This is how it all started. Although, their pictures and messages on social media gave everyone a clue about the affair, they chose to keep it under wraps until ‘the right time’ arrived.