Rishi Kapoor is reportedly admitted to a hospital in Delhi and that's the reason no one from his family was spotted at the Mehendi function of Armaan Jain. Both Ranbir Kapoor and Alia Bhatt have flown to Delhi to visit the veteran actor.

Actor Rishi Kapoor is reportedly admitted to a hospital in New Delhi. As per a report in a popular entertainment portal, the veteran actor got hospitalised a few days ago and both Ranbir Kapoor and Alia Bhatt have flown to the capital to keep a check on his health. The senior actor, who was recently declared cancer-free, is already joined by his wife Neetu Kapoor in the capital where the family is wishing for his speedy recovery.Also Read - Rishi Kapoor's 3-Month-Old Picture With Lata Mangeshkar Breaks Internet For Its Cuteness Quotient

Both Ranbir and Alia were clicked at the Mumbai airport on Saturday. The Kapoor family was absent from the Mehendi function of Armaan Jain that happened on Saturday night. Neither Rishi-Neetu nor Ranbir were there. As published in a report by Pinkvilla, Alia and Ranbir were scheduled to perform at the pre-wedding function of Armaan and Anissa. However, they had to cancel it at the last moment to visit an ailing Rishi Kapoor in Delhi. Alia wrapped up her work on Sanjay Leela Bhansali’s Gangubai Kathiawadi to accompany RK to the hospital. Also Read - Deepika Padukone, Rishi Kapoor to Star in Indian adaptation of 'The Intern' 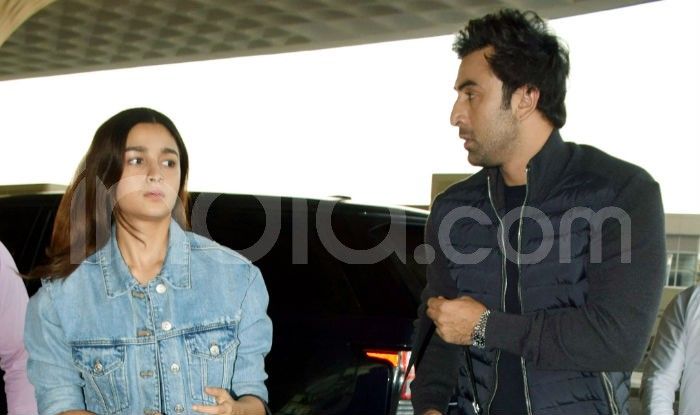 Meanwhile, it turned out to be a star-studded Mehendi function for Armaan Jain. As seen in the photos, most celebrities were dressed in shades of yellow and green. The list included Karisma Kapoor, Boney Kapoor, Shweta Bachchan Nanda, Tara Sutaria, Suniel Shetty and Tina Ambani among others. However, Kareena Kapoor Khan, who is Armaan’s maternal cousin, was not present at the party. She was seen walking the ramp for Manish Malhotra with Kartik Aaryan at a fashion show. Also Read - Veteran Actor Shreeram Lagoo Passes Away at 92, Rishi Kapoor-Paresh Rawal And Others Pour in Their Condolences

For the uninitiated, Armaan is the son of Raj Kapoor’s daughter – Rima Jain. His younger brother, Aadaar Jain is rumoured to be dating Student of The Year 2 actor Tara Sutaria.