Rishi Kapoor’s tweet to Twinkle Khanna: C’mon, nothing controversial about it, yaar!

Rishi Kapoor couldn't understand why people created such a ruckus about his cute tweet to Twinkle Khanna. Neither did we!

We wonder what the brouhaha is about Rishi Kapoor’s tweet to Twinkle Khanna on her birthday on December 29! The tweet, made by a veteran actor who made a hit pair opposite Twinkle’s mom Dimple Kapadia in Bollywood, has been termed as controversial and creepy. But when we read the tweet by Rishi Kapoor, we thought it was a harmless, cute tweet. Nothing controversial about it! Here is why. Also Read - Tandav Row: Amazon Prime Video Content Chief Aparna Purohit Bail Plea Rejected by Allahabad High Court

“Happy Birthday dear one! You were in your mums tummy when I was serenading her in Bobby”Aksar koi Ladka” In 1973 lol”, said Rishi Kapoor on Twitter. Now those who find these words controversial surely do not know English well! All the actor is trying to say is that he, as a youngster, was shooting for his father Raj Kapoor’s film Bobby opposite Dimple when she was pregnant with Twinkle. What is wrong with that? Dimple was married to then superstar Rajesh Khanna (who shares his birthday with his daughter Twinkle), when the shoot of Bobby was on. Also Read - 'Together Now And Forever'! Riddhima Kapoor Sahni Shares Throwback Photos of Rishi Kapoor And Rajiv Kapoor

Happy Birthday dear one! You were in your mums tummy when I was serenading her in Bobby”Aksar koi Ladka” In 1973 lol pic.twitter.com/74knXvAfFe Also Read - 'Broken But Strong'! Kareena Kapoor Khan Pays Tribute To Uncle Rajiv Kapoor With Unseen Picture

Twinkle Khanna, herself an actress, entrepreneur and acclaimed columnist, thanked Rishi Kapoor for his unique birthday wish. “@chintskap thank you chintu uncle – lots of love and a big hug”.

Rishi Kapoor on his part couldn’t understand why people have created such a ruckus about his tweet to Twinkle. He asked on Twitter, “Kuch logon ko problem Kya hai? Kakaji and Dimple were married,Bobby was still incomplete,we shot that song when Dimple was 3 months pregnant”.

It was rumoured that Rishi Kapoor and Dimple Kapadia had dated briefly prior to her relationship with Rajesh Khanna. But so what? Dimple and Rajesh’s marriage lasted for 10 years but they never divorced and had two daughters together. Rajesh Khanna passed away in 2012 of cancer. 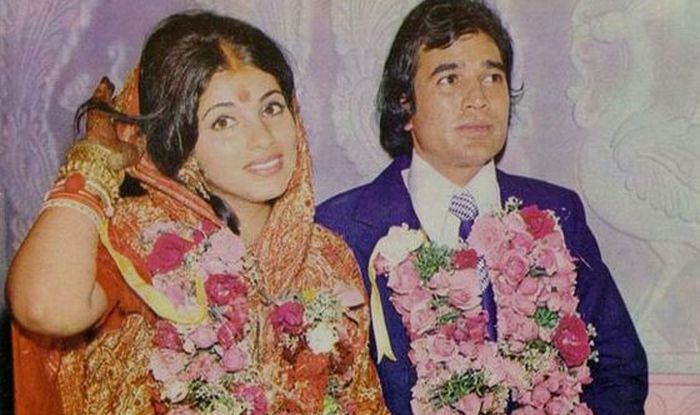 It is unlikely that Rishi Kapoor, with his maturity and even sense of humour, will tweet anything wrong to Twinkle or any Bollywood kid. Please stop reading so much between the lines! (Archive photo from Facebook).