Rohit Shetty: When I try to make a romantic film, it turns out to be a ‘Chennai Express’

When asked why he doesn't make full-fledged romantic film, Shetty said: "When I try to make a romantic film, it turns out to be a 'Chennai Express'." 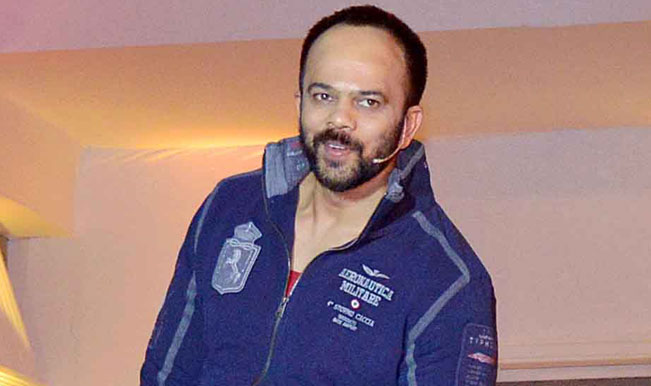 Mumbai, Aug 18: What is Rohit Shetty’s idea of romantic films? “Chennai Express“, says the director and adds that as a filmmaker his priority is to make a film that entertains the masses and recovers money. When asked why he doesn’t make full-fledged romantic film, Shetty said: “When I try to make a romantic film, it turns out to be a ‘Chennai Express’.” Also Read - Cirkus: Ranveer Singh Gets His First Double Role in Rohit Shetty's Film, Jacqueline Fernandez And Pooja Hegde Join in

Released last year, the Shah Rukh Khan-Deepika Padukone-starrer was basically a romantic comedy, but it had the Shetty element in the form of high-octane action scenes, an art that the director has mastered over the years. People accepted it and it became one of the highest grosser of 2013. “It depends on many aspects. What happens with my films is that it is always a big budget film with a lot of money pumped in. I need to recover that money because I cannot make somebody sell his house because of my film. Also Read - 25 Years of DDLJ: Shah Rukh Khan- Kajol’s Bronze Statue to Feature at Leicester Square, London

“I cannot cheat the audience ever. That makes no sense! This is my audience, I cater to them and I know how to make films for them,” he added. From “Golmaal” franchise to “Singham series, the director has always churned out massy films with core commercial elements infused in it, especially action and drama. Is box office business your priority? “When you make a film, you want your money to be recovered … unlike earlier times when a film doing well was not counted by how much it earned (at the box office), but on the basis of how many days it ran in theatres,” he said. “Now we say the film has earned Rs.100 crore or Rs.150 crore or Rs.200 crore. Business is definitely important because otherwise, you won’t survive,” added the director who has hit the jackpot once again with his recent release “Singham Returns“.