Rush: The greatest Formula 1 film of all time 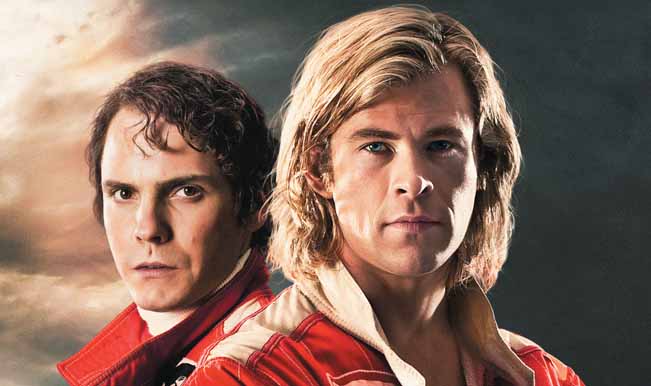 Formula 1 has seen brilliant documentaries especially like the 2010 documentary on Ayrton Senna titled Senna but James Hunt and Niki Lauda’s rivalry or comradeship during the 1970s deserved a great film but it got a brilliant one. Ron Howard, the director who gave us Apollo 13, A Beautiful Mind, The Da Vinci Code and Frost/Nixon, was bound to give a visual treat but to make followers out of people who didn’t follow the sport is something you can’t put a price on. Also Read - British Grand Prix 2020: Lewis Hamilton Secures Win Despite Punctured Tyre on The Last Lap

The story in real life is as power packed as the film depicts it, sometimes with such powerful symbolisms of precision to portray the character of Niki Lauda (Daniel Bruhl) or with a burst of power from the immensely powerful death traps on wheels to show the raw talent and brutal style with which James Hunt (Chris Hemsworth) led his life has been shown with such immaculate attention to detail that the story pops out of the screen as if to merge with your present and take you to the darker times in the past. Also Read - Lewis Hamilton Slams 'White Dominated' Formula One For Staying Silent Over George Floyd's Death

You can feel the arrogance and boyish charm of James Hunt as the handsome devil he was in real life while the not-so-appealing Niki Lauda’s pain after what happened in August 1976 to keep the Austrian out of racing.

The weakness of a man due to mental and physical agony and the strength a man gets from the determination to succeed somehow from the same event that was once seen as a great tragedy is what Niki Lauda’s life becomes after the events of 1976 that change their lives forever.

The genuine pain felt by even your stark enemies due to underlying knowledge of the dark realities of the sport need no words as the background score and just the right camera angle do the job as good as no script could ever have been.

The drama which did take place for real in a time much less broad minded about accepting the unconventional, the pure passion for the sport that drove one man’s marriage to the rocks while the other man and his wife overcame great obstacles on and off the track. The recurring sense of unlikely friendship in a way of looking out for the other man, sometimes in person but mostly while the other man is absolutely unaware of the random act of kindness.

Then comes the race at Monza, where less than a fortnight after the near fatal accident, Niki Lauda returns to the track and his wife’s expression says it all as the race begins with an uncharacteristic start for Lauda. The manoeuvre, the focus and the number on the race car all rush to him in a swift second as he regains his footing with the icing on the cake as goes past the driver who Ferrari thought fit to replace him. Niki Lauda may have finished fourth on the race standings but he won the race for his fans, his team and himself.

Niki Lauda proved once again that the human spirit can never be broken by apparent physical shortcomings. The final race of the Formula 1 series of 1976 at Japan with the rain pouring from the heavens with no end in sight seemed to be the deciding factor for the fate of the World Championship. The soul of the film summed up in those last 20 minutes of the film as each driver sets the priority for themselves and leads their lives accordingly.

Oh what a rush it is to watch Rush no matter how many times you see it from the start to the end, a true masterpiece by Ron Howard.

Catch the movie for the first time on Indian Television on 28th September 2014 on MOVIES NOW at 1 pm and 9 pm.