Rustom: All you need to know about Commander Kawas Manekshaw Nanavati case

New Delhi, June 30: The trailer of Akshay Kumar’s Rustom brings to light the real life events of an Indian Navy Commander Kawas Manekshaw Nanavati and his criminal case which went on to become the last case heard by a jury. The decorated naval officer belonging to the Parsi community was charged with culpable homicide amounting to murder under Section 302 of the Indian Penal Code.Also Read - Indian Navy Admit Card 2021 for SSR/AA Exam Out @joinindiannavy.gov.in ; Check Direct Link to Download

The case brought to the fore a conflict between the demand of masses and the rule of law. It serves as an example of the misleading role public emotion can play in determining the guilt of an accused. The prosecution lawyer was assisted by Ram Jethmalani. This was one of his first cases which brought the Senior Advocate and former Law Minister to public attention. Also Read - Major Feat: First 3 Indigenous Nuclear Attack Submarines to be 95% Made in India

(ALSO READ: Rustom trailer out: Akshay Kumar’s role as a devoted patriot and an unsympathetic lover is simply brilliant) Also Read - Want to Join Indian Navy? Apply For THIS Post on joinindiannavy.gov.in by June 26 | Check Details 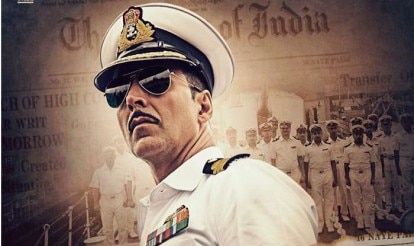 In the 1950s, he married English-born Sylvia and settled in Bombay along with his two sons and a daughter. With his assignments lasting months on end, Nanavati was often away from home. Sylvia, lonely in the absence of her husband, found comfort in the company of his friend, Prem Bhagwandas Ahuja. Sylvia fell in love with him and expressed her desire to marry him. According to certain accounts, Ahuja did not feel the same way and turned her down.

Disappointed and sour by the rejection, Sylvia confessed her extra-martial affair to her husband in April 1959 when he came back home after another long on-ship assignment. Hurt and infuriated at the betrayal by his friend and wife, he wanted to shoot himself, Sylvia later claimed. However, she managed to calm him down.

Later that evening, Nanavati dropped his wife and children at a nearby cinema, went to the Naval dockyard, collected his pistol apparently under “false pretext” and went to confront Ahuja at his workplace and then to his residence. Here was where the two men finally came face-to-face. Ahuja had come out after a bath and was still in his towel. Nanavati asked him about his intentions of marrying Sylvia and whether or not he was willing to take care of his children. Ahuja reportedly said, “Will I marry every woman I sleep with?”

(ALSO READ: I am proud of doing Rustom: Ileana D’Cruz)

This further enraged Nanavati and a scuffle between the two men ensued. This detail was disputed between the defence and the prosecution, with the latter claiming it never took place. The court agreed with the prosecution. However, the confrontation ended with three shots fired at Ahuja, thereby killing him.

After leaving Ahuja’s residence, Nanavati went to the Provost Marshal of the Western Naval Command and confessed his crime. Later, he surrendered himself to the Deputy Commissioner of Police. 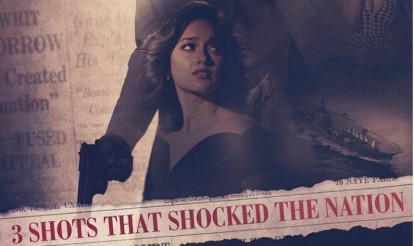 A court case followed with Ahuja’s sister, Mamie seeking justice. Nanavati was charged with culpable homicide amounting to murder to which he plead ‘not guilty’. The case proceeded to trial. During the course of the trial, a weekly tabloid called Blitz ran the story of Nanavati on its cover and launched an active campaign supporting him. The tabloid portrayed him as a hero and a patriot who served his nation and was betrayed by his friend.

As it turned out, the tabloid was run by a fellow Parsi. Animosity between the Parsi and Sindhi communities increased during the course of this trial. The tabloid’s story became very popular and effectively managed to sway the public opinion in favour of Nanavati.

The story generated widespread support for the accused, claiming that he represented the middle class values who fell victim to the “playboy” “sleaze” representing the bourgeois which is responsible for the corruption in society. The case

By the end of the trial, the jury ruled in favour of Nanavati, finding him not guilty with a 8-1 verdict. The presiding judge dismissed the emotionally-driven verdict and referred the case to the Bombay High Court.

The case was retried and Nanavati was eventually found guilty of murder. He was sentenced to life-imprisonment. Partly due to the support he received from his community, he appealed to the Supreme Court. The SC reiterated the High Court’s verdict. 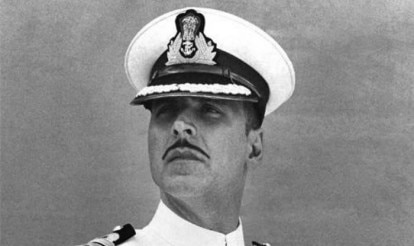 Then Prime Minister Jawaharlal Nehru’s sister Vijaylaxmi Pandit was the newly appointed Governor of Maharashtra. She could pardon Nanavati but that would cause unrest in the Sindhi community. Therefore, a small time Sindhi offender and Nanavati were both excused on the same day to avoid discontentment among either community.

Following the pardon, Nanavati and Sylvia reconciled and left the country to settle in Toronto, Canada. They were never heard of again, until Nanavati’s death in 2003. Sylvia and the children have stayed out of the limelight ever since.

Written by Vipul K Rawal and directed by Tinu Suresh Desai, the film will be released on August 12.